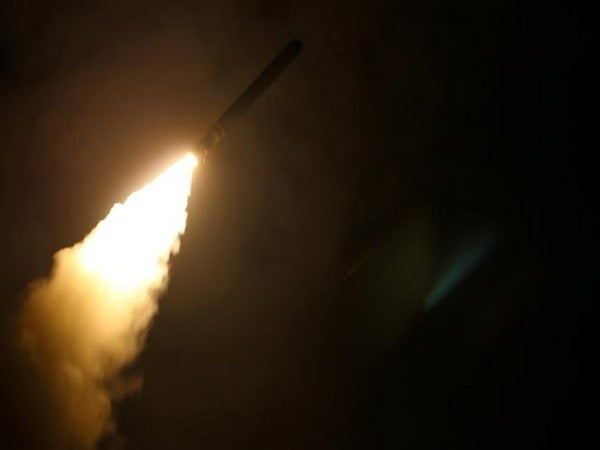 Tokyo [Japan], September 28 (ANI): North Korea fired an apparent ballistic missile on Wednesday evening, just a day ahead of US Vice President Kamla Harris’ visit to Demilitarized Zone dividing South and North Korea.
Notably, this is the second launch from nuclear-armed North Korea in four days, The Japan Times reported.
South Korea’s military also confirmed the launch of an unidentified ballistic missile into the Sea of Japan.
After the missile launch by North Korea, Japan’s Prime Minister Fumio Kishida issued an instruction where it stated that one needs to dedicate maximum effort to gather and analyze the information and provide the public with speedy and adequate information. The second one was to ensure the safety of aircraft, vessels, and other assets. Lastly, “Take all possible measures for precaution, including readiness for contingencies.”
Earlier, on Sunday, North Korea launched a short-range ballistic missile for its first major weapons test since early June

This apparent missile launch came as US Vice President is all set to visit the Demilitarized Zone dividing South and North Korea on Thursday, Voice Of America reported.
Harris is spending most of this week in South Korea and Japan, two East Asian nations the Biden administration sees as alternative options in the region as China grows bolder.
Harris was among dozens of foreign dignitaries in Tokyo on Tuesday to pay respects to assassinated former Japanese leader Shinzo Abe, who was killed on July 8.
“The alliance between Japan and the United States is a cornerstone of what we believe is integral to peace, stability and prosperity in the Indo-Pacific region,” Harris said. “And this is something we prioritize because we also believe it is in the best interest of the American people in terms of their security and prosperity and we do believe the same for Japanese people,” she added as quoted by Voice of America.
In the last week, Kim Song, North Korea’s ambassador to the United Nations, accused the US of compelling the DPRK to adopt a law on the policy of nuclear forces.
While speaking at UNGA, Kim Song said, “The United States compelled the DPRK to adopt a law on the policy of nuclear forces in defiance of the US hostile hostility.” (ANI)