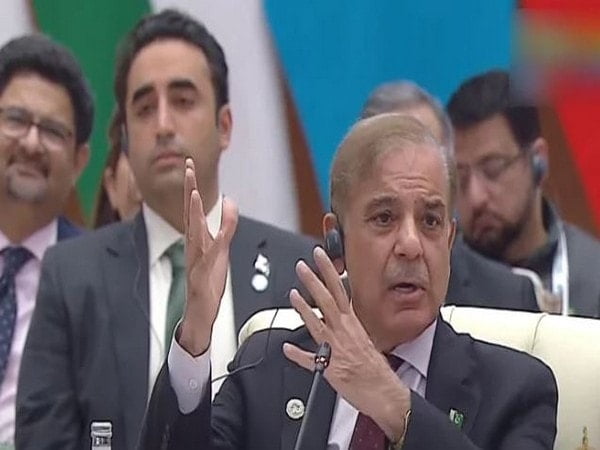 Islamabad [Pakistan], September 30 (ANI): Pakistan’s Prime Minister Shehbaz Sharif’s House is ‘debugged’ following the series of audio leaks over the last week, featuring PM and Pakistan Tehreek-e-Insaf chief Imran Khan, a media report said.
A top panel is constituted to probe into audio leak has finished combing and debugging the entire premises, confirmed by a federal minister during a press conference on Thursday, Dawn reported
The team was also monitoring mobile phone data and laptops of employees and officers of the PM House and Office.
A series of audio has been leaked over the last week, featuring Prime Minister Shehbaz Sharif, PML-N leader Maryam Nawaz and former PM Imran Khan.
After this, a new standard operating procedure (SOP) was implemented at the PM House under which no staff or officer was allowed to take their mobile phone inside the building, reported Dawn.
“The phones are collected at the entrance and returned after office hours,” the source added.
Earlier, Imran Khan’s audio leaked where he was heard speaking about the “US conspiracy” as the PTI chief saying “Let’s play with it”.

It is pertinent to mention that “US conspiracy” refers to the foreign conspiracy which Imran Khan termed as the conspiracy by the US to topple the PTI government and replace it with Shehbaz Sharif’s government in Pakistan.
According to The News International, in the latest leaked audio, Imran Khan could be heard directing his then principal secretary that they should play with the “cypher issue without taking the name of the United States.”
“Let’s play with it,” Imran Khan believed to be said in the audio, to which Azam Khan suggested that they should hold a meeting on the US cypher to bring it on record.
Earlier, audio clips purported of Pakistan’s Prime Minister Shehbaz Sharif with government officials and Pakistan Muslim League Nawaz (PML-N) Vice-President Maryam Nawaz had also surfaced online.
Meanwhile, PTI leader Fawad Chaudhry revealed that Chief of Army Staff (COAS) General Qamar Javed Bajwa frequently advised Imran Khan that PM House is unsafe for important conversations, The Nation reported.
Chaudhary quoting General Bajwa said, “It was not safe to talk at PM House.”
“The army chief told Imran Khan that the points that we discuss here are recorded and leaked later on,” Chaudhry said during the interview with a Pakistani private channel.
“General Bajwa had said Nawaz Sharif stepped out of PM House when he wanted to talk to him about some vital issue,” he added as quoted by The Nation.
The army has secured the rooms of their headquarters with state-of-the-art technology in the era of General (retd.) Ashfaq Parvez Kayani, Fawad believed. (ANI)

India to undergo preparatory camp in Australia ahead of WC