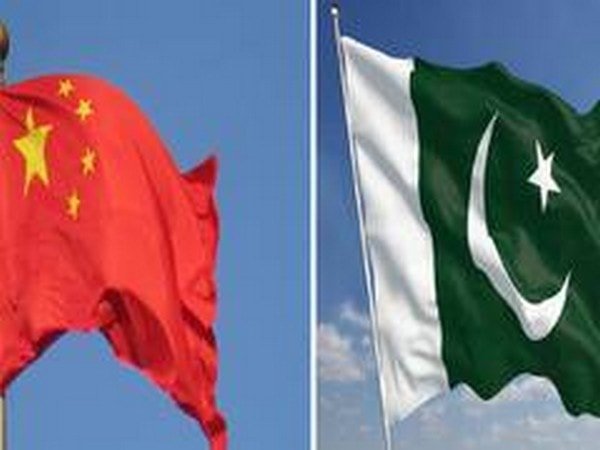 Islamabad [Pakistan], September 18 (ANI): Pakistan and China hailed their “all-weather” friendship after their leaders met on the sidelines of the Shanghai Cooperation Organization summit on Friday but analysts warned that International Monetary Fund terms for unlocking more funds for Islamabad to jump out from the crisis could create tension between two countries.
Pakistan is looking for every possible way to jump out of the economic crisis and for this Islamabad tried to satisfy IMF terms as it rushes to reduce the risk of a debt default, Nikkei Asia reported.
In July, Pakistan assured IMF that it would strive to reduce capacity payments to Chinese independent power producers (IPPs) either by renegotiating purchase agreements or rescheduling bank loans.
Capacity payments are fixed payments made to power plants for generating a minimum amount of electricity to ensure that demand is met.
“The IMF anticipated that pressure would come from the Chinese IPPs that the entire loan instalment is used to pay them,” Nadeem Hussain, a Boston-based author and economic policy analyst, told Nikkei Asia. “Hence, the IMF extended the current program on the condition that it would not go to the Chinese IPPs.”

The Washington-based lender released a long-pending tranche of USD 1.17 billion and the bailout program was also extended until next June, with additional funding set to bring the total value to about USD 6.5 billion, the IMF said in a statement as quoted by Nikkei Asia.
But Pakistan owes USD 1.1 billion to Chinese IPPs for power purchases, contributing to the massive 2.6 trillion-rupee (USD 11 billion) debt stock in the country’s power sector. The IMF has long maintained that Chinese loans threaten Pakistan’s debt sustainability.
Observers believed that Pakistan’s handling of the electricity issue will also irk China as Sharif’s government committed to the IMF to reopen power contracts without consulting Chinese companies.
“The Chinese [companies] have been absolutely upset for a very long time,” said Haroon Sharif, a former minister of state who spearheaded industrial cooperation with China under the previous government of Prime Minister Imran Khan.
“The Chinese stance is that it’s a commercial agreement. No IPP is obliged to listen to the [Pakistani] government because the agreements were drawn under the law,” he said, referring to a system that predated the Khan government and paved the way for Chinese players to invest in the country’s power sector, setting the terms.
After the SCO meeting, in the readout, China said that Beijing hoped that Pakistan would provide solid protection for the security of Chinese citizens and institutions in Pakistan as well as the lawful rights and interests of Chinese businesses. (ANI)