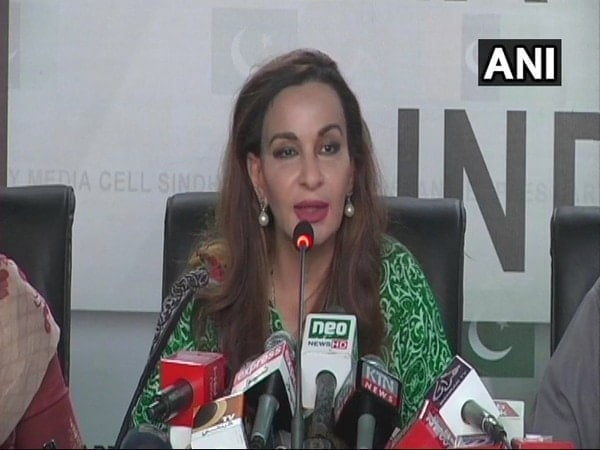 Islamabad [Pakistan], September 13 (ANI): Pakistani Minister for Climate Change Sherry Rehman lashed out at Imran Khan’s party Pakistan Tehreek-e-Insaf (PTI) for running a smear campaign against the federal government amid the devastating floods situation in the country and termed its move “a conspiracy against flood victims”.
“For God’s sake, keep the flood victims out of your political narrative. Probably, you are unaware of their sufferings. If you can’t help flood victims, don’t stop others from helping them,” the Pakistan Minister said, as quoted by The Ne2ws International.
“People are awaiting aid, and your political narrative could deprive them of the aid,” she added.
She also asserted that the United Nations Secretary-General Antonio Guterres and the ambassador wanted to help flood victims but the Imran Khan’s PTI was jealous of it.
“You are conspiring against the aid for flood victims out of your grudge against the government,” Sherry said, as quoted by The News International.

The flash floods have badly impacted 80 districts of Pakistan and the death toll from floods in the country has reached nearly 1,200.
The Climate Change Minister also accused PTI leaders and workers were attempting to keep the UN chief and foreign ambassadors from donating aid to the flood victims.
“It is regretful that those, who accused others of conspiracy, are conspiring against the flood victims. What else could be a bigger conspiracy against the country and its people as millions of people are awaiting aid, women and children are sitting under the open sky but want to stop their aid,” Sherry asked, as per the publication.
The experts believe that the situation would aggravate in the coming days as the flood affectees are forced to live under the sky depriving the required resources.
Huge areas of the country are still underwater and hundreds of thousands of people have been forced from their homes. The agriculture sector faces the worst blow as the agriculture growth might remain zero or slide into negative against the envisaged target of 3.9 per cent for the current financial year 2022-23.
Sindh Chief Minister Murad Ali Shah said that around three to six months will be required to drain out rain and floodwater from submerged areas of Sindh province as the flooding and rainfall have destroyed thousands of houses in Sindh with around 1500 deaths.
Over 1.2 million hectares of agricultural land have been damaged in Sindh whereas over 1.5 million houses have been destroyed by flood waters, according to a UN report. (ANI)