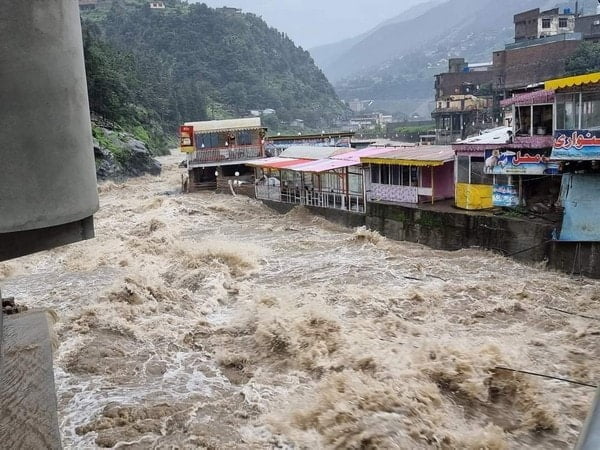 Islamabad [Pakistan], September 15 (ANI): Amid the reeling crisis in Pakistan due to floods, United Nations Resident and Humanitarian Coordinator Julien Harneis on Wednesday said that out of USD 150 million in foreign assistance received by the South-Asian country, only USD 38.35 million amount has been converted into assistance, local media reported.
The humanitarian relief demands for Pakistan are huge, however, the gap in usage of funds sent by foreign countries has not been put to use in a correct manner, highlighting the underlying corruption in the country.
Meanwhile, the UN coordinator said that the health situation across several provinces of Pakistan is worrisome despite huge funding as the needs across the country are fast-changing, Dawn reported.
“Across the board, we can say this $160 million flash appeal is not going to be sufficient. We are in discussion with the government and other partners, and based on evaluations and assessments, revision of the flash appeal is required,” the UN resident and humanitarian coordinator said.
The jointly initiated flash appeal by the Pakistan government and the UN is currently for six months (September 2022 to February 2023), and it is targeted at only six million most affected people from floods, Haneis added.

Meanwhile, amid countries that sent relief aid to Pakistan, the Nepalese government, too, came forward to provide relief aid to Pakistan for flood-affected people on a chartered flight of Nepal Airlines on Wednesday. The material contains food items, medicines, garments and other household items, according to Dawn.
Furthermore, Saudi Arabia’s King Salman Centre for Relief and Humanitarian Action on Wednesday launched a national campaign to provide relief to flood-affected people in Pakistan through its “Sahem” platform.
Notably, the Pakistan government’s portal to keep track of flood-related damages and relief efforts went online on Wednesday.
The latest stats show that five people were killed and 4,000 houses and 300 kilometres of road were damaged over the 24 hours besides the “livestock damage” of over 10,000, Dawn reported.
Three victims were from Balochistan and two from Khyber Pakhtunkhwa, whereas all the road damages were recorded from Balochistan. In contrast, the entire house and livestock damage was noted in Sindh.
Monsoon rains have submerged a third of Pakistan, claiming more than a thousand lives since June and unleashing powerful floods that have washed away swathes of vital crops and damaged or destroyed more than a million homes.
Officials have blamed climate change, which is increasing the frequency and intensity of extreme weather around the world. (ANI)