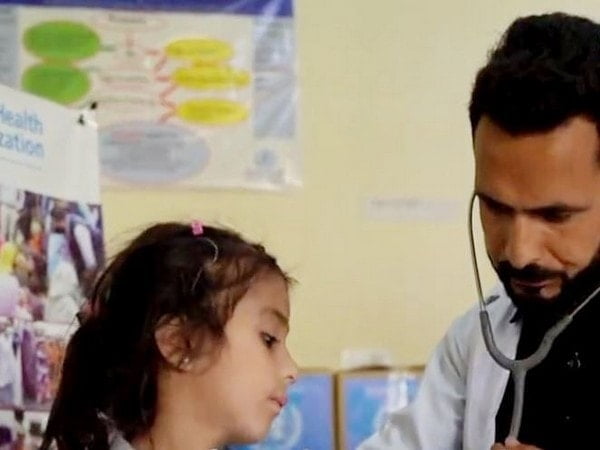 Islamabad [Pakistan], September 18 (ANI): The United Nations International Children’s Emergency Fund (UNICEF) on Saturday expressed concern over 3.4 million children in need of “immediate, lifesaving support” in Pakistan post devastating floods.
“Super floods” in Pakistan have left 3.4 million children in need of “immediate, lifesaving support,” according to UNICEF.
The floods — caused by record monsoon rains and dubbed by one minister as “the worst humanitarian disaster in a decade” — have impacted 16 million children in total, UNICEF’s Pakistan Representative Abdullah Fadil said following his visit this week to the country’s southern Sindh Province, reported CNN.
That estimate came as the country’s National Disaster Management Authority updated the death toll from the floods since mid-June to 1,545 people, 552 of them children.
Meanwhile, officials in the country warn that the toll is likely to rise as deaths are being underreported and diseases like dengue fever are on the rise, reported CNN.
Azra Pechuho, health minister for the southern Sindh Province — one of the hardest hit areas where many schools and other facilities remain shut, said there was now a “state of emergency” caused by the vast amount of standing water, which provides the perfect breeding conditions for Aedes mosquitoes to spread the dengue virus.
UNICEF’s Fadil said the situation on the ground in Sindh was “beyond bleak” with many malnourished children battling diseases like diarrhoea, malaria and dengue fever, as well as painful skin conditions.
“Girls and boys in Pakistan are paying the price for a climate disaster not of their making,” Fadil said.
“Young children are living out in the open with their families with no drinking water, no food and no livelihood — exposed to a wide range of new flood-related risks and hazards,” Fadil said. Mothers, many exhausted, anaemic and malnourished, were also unable to breastfeed their babies.

“Vital infrastructure … has been destroyed and damaged, including thousands of schools, water systems and health facilities,” he added.
This comes as the Monsoon rains have submerged a third of Pakistan, claiming more than a thousand lives since June and unleashing powerful floods that have washed away swathes of vital crops and damaged or destroyed more than a million homes.
Officials have blamed climate change, which is increasing the frequency and intensity of extreme weather around the world.
The flash floods have badly impacted 80 districts of Pakistan and the death toll from floods in the country has reached nearly 1,200. The death toll from floods in Sindh surged to 621.
The water level in Manchar Lake, the nation’s largest freshwater lake, is continuously rising. Rising floodwaters have washed away the first defence line of the city of over one million people, forcing the administration, backed by army troops, to strengthen the remaining embankments.
Thousands of people have been lodged in tents or are waiting for shelter under open skies along the main highway that leads to Hyderabad. Either side of the highway could be seen inundated by floodwater for miles.
Hundreds of citizens were seen leaving the city on mini-trucks, vans and rickshaws. Many others along with their livestock were also spotted trudging along the road under the baking sun, reported Geo News.
Record monsoons and heavy floods in Pakistan have given rise to hunger and various illnesses which have affected 33 million people and are estimated to have caused USD 30 billion of damage.
The experts believe that the situation would aggravate in the coming days as the flood affectees are forced to live under the sky depriving the required resources. (ANI)

ALSO READ:  Rapid growth of China's nuclear arsenal can be a threat to US, American General warns

WHO expresses concern over wave of diseases, deaths post floods in Pakistan