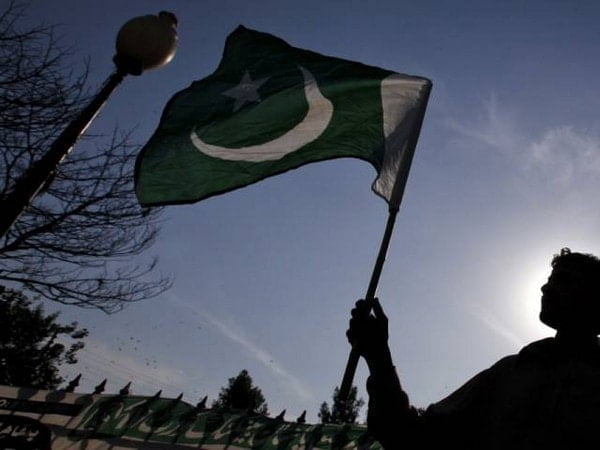 Khyber Pakhtunkhwa [Pakistan], September 17 (ANI): Hundreds of people protested against the increasing violence and terrorist attacks in Pakistan’s Khyber Pakhtunkhwa province.
Having suffered due to militancy many people in southern and central towns of the province demanded that police take action against the militants, reported Dawn.
On Thursday, residents of Swat held a rally, demanding police to move against the militants and warning that they would hold a sit-in at Grassy Ground and would not leave it until the operation is launched against them. The protesters carried placards and banners and chanted slogans as they gathered in Kabal Chowk after Jumma prayers.
This comes as, recently, on Wednesday, a former village defence committee (VDC) member in Charbagh tehsil was shot dead. A case has been registered against an unidentified man.
The gathering was addressed by elders and leaders of various political parties, including Jamiat Ulema-e-Islam (F) (JUI-F), Pashtunkhwa Milli Awami Party (PkMAP), Pakistan Tehreek-e-Insaf (PTI) and Awami National Party (ANP). Calling the recent terrorist activities in Swat “a strange phenomenon,” they said police, Levies, Frontier Constabulary and the army are present in the area and terrorist activities despite their strong deployment raise questions over the role of law enforcement agencies, reported Dawn.
Addressing the law enforcement agencies, the speakers warned that if no action is taken action against the terrorists and anti-state elements, “people of Swat will themselves stand against them and take action”.
The protestors announced another sit-in at Mingora’s Nishat Chowk on Sunday.
Residents of Shangla Puran tehsil of the KP province also took out a protest rally on Friday, demanding the government to ensure peace in Malakand, reported Dawn.
According to News International, in the last couple of days, eight people were martyred in the bomb attack on the convoy of an elder Idrees Khan from Swat, seven employees of a cellphone company were kidnapped, a 75-year-old elder fell victim to target killing and many, including lawmakers, received calls for extortion.

Last month, thousands of people came out of their homes and protested in Swat and Lower Dir after the attack on MPA Liaqat Ali and the kidnapping of police and security personnel, including two officers.
The protestors asked the government, army and police to ensure peace in the Malakand division and the rest of the KP by taking instant, solid and durable measures.
An official said the police and government along with other law-enforcement agencies have taken a number of measures to ensure peace in Malakand and the rest of the KP, reported News International.
“New posts have been set up on hilltops and at areas where needed while others were strengthened with manpower, ammunition and equipment. Police along with other law-enforcement agencies are alert and committed to ensuring peace,” said an official.
Many areas in the Malakand division have remained under the control of militants for some time over a decade ago.
Hundreds of thousands of people had to leave their houses and shifted to other districts when military operation Rah-e-Haq was launched in 2007 and another Operation Rah-e-Rast was conducted in 2009 to restore peace in Malakand, reported News International.
The reports of resurfacing of armed groups last month and now the recent attacks have worried the people across the province, especially Malakand and southern KP. After the recent incidents, the general public and a number of political leaders from all the parties across the country have expressed concern over the situation in Swat as well as other towns in Dera Ismail Khan, Bannu, Kohat, Mardan and Peshawar divisions.
The lawlessness in Peshawar and Khyber district as well as in a few towns of Mardan division where target killing and attacks on police have increased in recent months. The target was mostly police and its establishments, reported News International.
Attacks on police in KP had started to increase over the late last year as the force proved to be the first victims when things took an ugly turn. Around 80 cops were martyred in target killings and other attacks during eight and a half months, which is even more than the figures of any entire year since 2016.
As per the official figures of the Central Police Office, 36 policemen were martyred in the entire year in 2017, 30 in 2018, 38 in 2019, 28 in 2020 and 59 in 2021, reported News International.
Along with the targeted killing by the armed attackers, a number of police stations, posts and vans have been attacked with grenades in the last several months. (ANI)