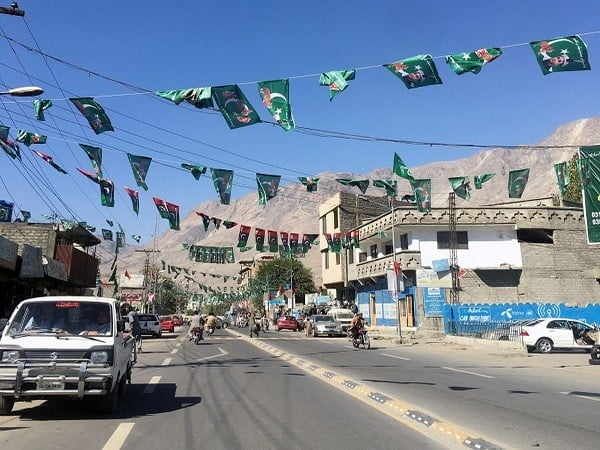 Gilgit Baltistan [PoK], September 18 (ANI): Pakistan government officials are allegedly involved in corruption in distribution of flood relief materials in Pakistan-occupied Kashmir, local media reported.
Sabir Hussain, Coordinator to Chief Minister of Gilgit Baltistan accused the Hunza Deputy Commissioner (DC) of stealing two trucks worth of relief items sent by the foreign affairs office of Xinjiang, China, local media reported.
Sabir alleged that Hunza DC had misappropriated trucks loaded with relief items sent from the Chinese foreign affair office of Xinjiang after they crossed the Sost Pakistan-China border. He claimed that Hunza DC took away the relief trucks in connivance with the DC Customs at the border.
The relief items were sent by the Xinjiang office of Chinese foreign affairs at the request of the acting governor of Gilgit-Baltistan, Syed Amjad Ali Zaidi, amid the ongoing devastating floods situation, local media reports said.
Sabir attached the documents from the Foreign Affairs Office of China and invoices of the consignment as proof of the accusation of corruption.
As per the attached documents, China had sent two trucks of relief goods for Gilgit Baltistan. However, they seem to have disappeared after crossing the Sost-China Border in GB. Sabir Hussain claimed that it could not have happened without the knowledge of Hunza DC.
Apparently, this was not the first time, Hunza DC was accused of corruption. He has been accused of being involved in corruption during the construction of the Hassanabad bridge in Hunza. It is alleged that millions of were wasted as commissions and bribes during the construction. The constructor carried out illegal activities and used poor building materials, as a result, the bridge recently collapsed, causing further inconvenience to the local people.

Due to rampant corruption by GB and the Pakistan administrations, locals continue to suffer in times when they need the most help amid the devastating floods.
On Wednesday, the residents of Gilgit Baltistan took out a protest rally against state-backed exclusion and corruption in Pakistan-occupied Kashmir.
They lamented that the Pakistani government deliberately deprives them of their rights and remunerations. And with a corrupt system in place, they have no option but to take to the streets.
The Islamabad-stooges who have primarily been placed in the government departments of the region to surveil and marginalize the locals do not treat them on par with people or employees from parts of mainland Pakistan.
Corruption is widespread and unscrupulous authorities, who are at the helm of affairs, never show even a modicum of intent to alter the status quo.
The deferral and non-payment of salaries continue to remain an issue of concern in the illegally occupied regions of Pakistan. Anti-government sit-ins have become a recurring phenomenon. One day it is the teachers, the next the doctors, and on other occasions, the employees of one or the other government department.
As per the documents and history books, the people of these regions gained independence in 1947. However, the fact is that they have been relegated to the status of second-class socio-economic citizens. With a population of 1.5 million, the region has no job opportunities, industry, infrastructure, fund allocations and other facilities being enjoyed by the rest of Pakistan.
Now with the recent flooding in the country, which has affected over 33 million people, the plight of Pakistan-occupied Kashmir is unfathomable. (ANI)

CPL 2022: Trinbago beat Tallawahs for second win in a row