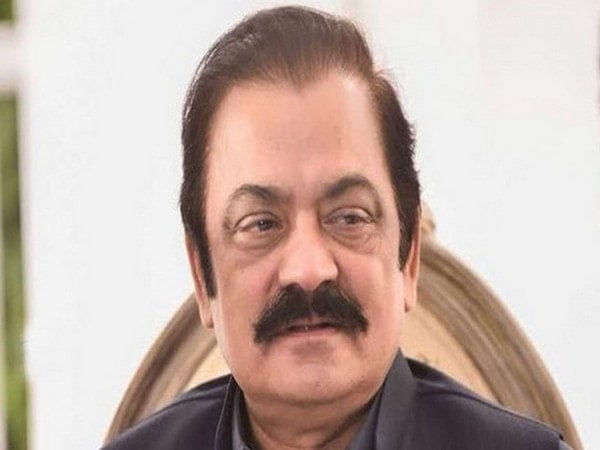 Islamabad [Pakistan], September 26 (ANI): Pakistan Interior Minister Rana Sanaullah on Sunday said that Prime Minister Shehbaz Sharif has taken notice of audio leaks involving the prime minister and Pakistan Muslim League-Nawaz (PML-N) leader and an inquiry has been initiated.
Sanaullah said that the inquiry of leaked audio would involve high-level officials from all agencies. He further said that the inquiry will determine whether the PM’s House’s security was breached or not, reported ARY News.
This statement came after the opposition leaders of Pakistan Tehreek-e-Insaf (PTI) questioned the security of the Prime Minister’s Office saying that the audio leaks show the state of the country’s cybersecurity and prove that the ruling coalition came into power to make money, reported Dawn.
In the clips which were shared by several PTI leaders, the conversations between Pakistan Muslim League-N Vice President Maryam, Defence Minister Khawaja Asif, Law Minister Azam Tarar, Sanaullah and former NA speaker Ayaz Sadiq and Prime Minister Shehbaz Sharif were heard.
The first clip purportedly features a conversation between PML-N Vice President Maryam and PM Shehbaz about the country’s finance minister Miftah Ismail, who has reportedly faced criticism from within the party for taking tough economic measures, reported Dawn.
The PML-N vice president has publicly stated that she does not agree with the decision to hike petrol and electricity prices, saying she did not own such decisions, whether her party was in government or not.
However, the minister said that there is nothing to be embarrassed about after the audio leaks, reported ARY News.

ALSO READ:  YSRTP chief Sharmila's car towed away with her sitting inside by Hyderabad Police

In the clip, one can be heard advising Sharif to not import a plant from India as the step will harm the reputation of the government.
“The problem is that that matter will first go to AC and then to the cabinet and importing machinery from India on the instructions of the Prime Minister won’t be easy as it can become an issue,” the official could be heard replying to a PM.
A day earlier, PTI leader Fawad Chaudhry shared a two-minute-long clip on his Twitter handle, claiming that it shows the PM is putting his family’s business interests before the state’s.
In an over a two-minute audio recording, a voice — said to be that of Shehbaz Sharif — can be heard saying that Maryam Nawaz Sharif had asked him to facilitate her son-in-law Raheel for the import of machinery for a power plant from India, reported Dawn.
“If we do so, we will get a lot of flak when this matter goes to the ECC and cabinet,” the official can be heard saying in the audio clip, as per Dawn.
At this, Prime Minister’s alleged voice can be heard saying: “The son-in-law is very dear to Maryam Nawaz. Tell her very logically about this and then I will talk to her.”
The same voice also agrees with the perception that this would be bad for optics and may cause political trouble, according to the Dawn.
Notably, Maryam Nawaz’s daughter Mehrunnisa married industrialist Chaudhry Munir’s son Raheel in December 2015. (ANI)

It was a tight series against world-class side like India: Aaron Finch after six-wicket defeat against Men in Blue