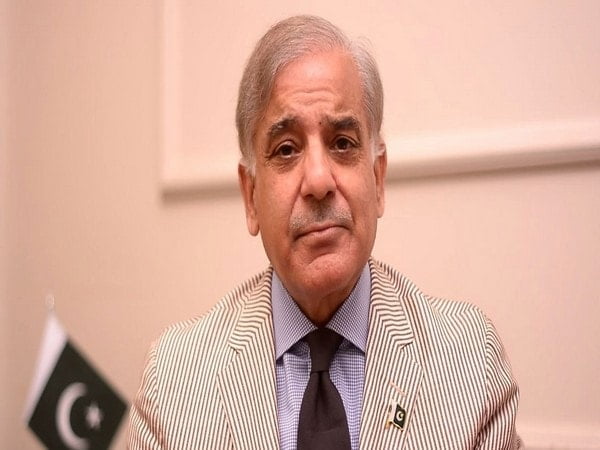 Islamabad [Pakistan], September 26 (ANI): Pakistan Prime Minister Shehbaz Sharif summoned a meeting of the National Security Committee (NSC) on Wednesday to discuss the actions against the audio leaks that surfaced on social media a day earlier.
According to ARY News, sources said that the NSC session will be held at 3:00 pm on Wednesday and the NSC huddle would be briefed regarding the Prime Minister’s Office (PMO) audio leaks.
The meeting will be attended by the services chiefs, intelligence officials and civilian leadership, it added.
The federal government has decided to constitute a Joint Investigation Team (JIT) to inquire into the audio leaks from the Prime Minister’s House. The JIT will be also included officials of secret agencies to probe into the audio leaks from the Prime Minister’s House.
Pakistan Interior Minister Rana Sanaullah on Sunday said that Prime Minister Shehbaz Sharif has taken notice of audio leaks involving the prime minister and Pakistan Muslim League-Nawaz (PML-N) leader and an inquiry has been initiated.
Sanaullah said that the inquiry of leaked audio would involve high-level officials from all agencies. The probe body will inquire about whether the data has been hacked or stolen and sold. The investigation team will also look into the question that the PM House was bugged with the devices, or whether it is a mobile recording, reported ARY News.
The probe will be authorized to include the staff of the PM House in the investigation. It will also inquire into the question, of which officers were present in the Prime Minister’s House at the time of the recording, the publication added.
Pakistan Tehreek-e-Insaf (PTI) chief Imran Khan busted at Shehbaz Sharif and said, “Now after this audio leak, if Shehbaz Sharif has any shame left, he should resign.”
He reiterated that the ruling coalition is corrupt to the core and is only concerned about their personal interests. The recent audio leak confirmed that they came to power for their personal gains and have no interest whatsoever in providing relief to the common populace which is suffering due to hyperinflation, Khan added.

He also demanded the Chief Election Commissioner (CEC) Sikandar Sultan Raja to resign from his post.
On Sunday, several audios of the leaders of the ruling government surfaced on social media, after which PTI raised questions on the security of the Prime Minister’s Office saying that the audio leaks show the state of the country’s cybersecurity and prove that the ruling coalition came into power to make money.
In the clips which were shared by several PTI leaders, the conversations between Pakistan Muslim League-N Vice President Maryam, Defence Minister Khawaja Asif, Law Minister Azam Tarar, Sanaullah and former NA speaker Ayaz Sadiq and Prime Minister Shehbaz Sharif were heard.
The first clip purportedly features a conversation between PML-N Vice President Maryam and PM Shehbaz about the country’s finance minister Miftah Ismail, who has reportedly faced criticism from within the party for taking tough economic measures, reported Dawn.
The PML-N vice president has publicly stated that she does not agree with the decision to hike petrol and electricity prices, saying she did not own such decisions, whether her party was in government or not.
However, the minister said that there is nothing to be embarrassed about after the audio leaks, reported ARY News.
The second clip allegedly features a conversation between the premier, Defence Minister Khawaja Asif, Law Minister Azam Tarar, Interior Minister Rana Sanaullah and former NA speaker Ayaz Sadiq about the resignations of PTI lawmakers from the lower house of parliament.
And the third clip was purported of a conversation between Maryam and PM Shehbaz regarding the return of Pakistan’s former military leader Pervez Musharraf.
A day earlier, PTI leader Fawad Chaudhry shared a two-minute-long clip on his Twitter handle, claiming that it shows the PM is putting his family’s business interests before the state’s.
In an over a two-minute audio recording, a voice — said to be that of Shehbaz Sharif — can be heard saying that Maryam Nawaz Sharif had asked him to facilitate her son-in-law Raheel for the import of machinery for a power plant from India, reported Dawn.
Notably, Maryam Nawaz’s daughter Mehrunnisa married industrialist Chaudhry Munir’s son Raheel in December 2015. (ANI)