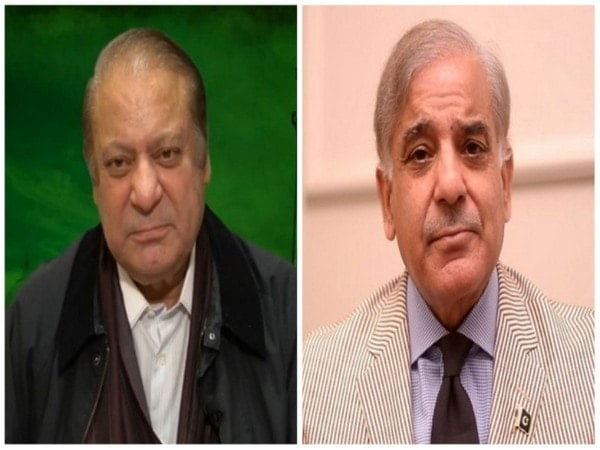 Islamabad [Pakistan], September 19 (ANI): Pakistan Prime Minister Shehbaz Sharif and Pakistan Muslim League-N supremo Nawaz Sharif agreed on holding the next general elections at the stipulated time, local media reported.
The Sharif brothers held a meeting in London where the two talked about the next general elections, Geo News reported citing sources.
The brothers also agreed that the present coalition government will complete its constitutional term.
The Pakistan PM, who is in London to attend the state funeral of late Queen Elizabeth II, held a three-and-a-half hours-long meeting with Nawaz Sharif and discussed a range of issues concerning the country.
Meanwhile, Pakistan Tehreek-e-Insaf Chairman Imran Khan, who has repeatedly demanded the next general election, said that he cannot wait any further and will “call on the public” if his demands were not met.

Both the leaders deliberated over making changes to the Punjab government during the meeting and to that end, the name of Hamza Shehbaz, among other possible candidates, was considered for the post of the province’s chief minister, reported Geo News citing sources.
A discussion related to important appointments in November was also held during the meeting, the sources said.
Despite being present in London, Minister for Defence Khawaja Asif and Minister for Communication and Broadcasting Marriyum Aurangzeb did not participate in this important meeting, according to Geo News.
Earlier this month, while speaking during a public rally in Faisalabad, the former Prime Minister had called out the government, saying that it was delaying the elections to appoint an army chief of its own and that if a “patriotic chief of army staff comes in, he will not spare the incumbent rulers.”
Lamenting the impact of floods in Pakistan, the former prime minister said that the 2010 floods and the current ones had caused immense devastation, particularly in Sindh.
He said that the economic fallout of the floods will be witnessed during the winter season. “Tell me (…) do they have a solution? Exports are falling, loans are rising, remittances are falling (…) your capacity to give loans is shrinking.”
“The economy is shrinking while unemployment is rising,” Khan maintained, adding that such record high inflation — which clocked in at 27.3 per cent in August — was “never seen before in the history of Pakistan”. (ANI)