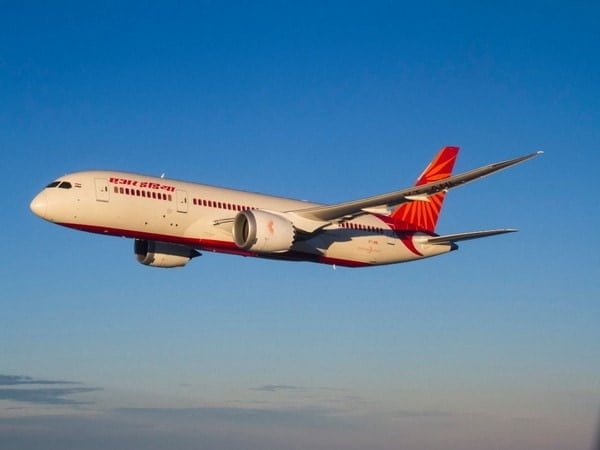 Muscat [Oman], September 14 (ANI): As many as 141 passengers were evacuated after one of the engines of a Kochi-bound Air India Express plane caught fire, the airline said in a statement on Wednesday.
The plane was on the taxiway when another aircraft reported observing fumes from one of the engines. However, there was no fire warning indication in the cockpit, the statement said. Some passengers also received some minor bruises during the evacuation.
Following the incident, regulatory authorities initiated a probe while the airline also began looking into the happening.
Air India Express’ Muscat to Kochi flight IX 442, with 141 passengers on board, was preparing to depart from Muscat at 1120 Hrs (local time) today. However, passengers were evacuated after fumes were observed emanating from one of the engines.
“As a matter of abundant precaution, and following the prescribed SOPs, the crew stopped on the taxiway and activated the onboard engine fire extinguishers. Thereafter, the passengers were evacuated from the aircraft,” the statement read.

Full support was extended by Muscat Airport Authorities and the passengers were brought to the terminal building. There are no major injuries reported, except minor bruises to some passengers while evacuating, the statement added.
“The matter is being investigated by the regulatory authorities and also the Airline’s Flight Safety Department,” said the statement.
The airline is extending all facilities to the guests at Muscat. The airline’s local management and support staff are are on hand at Muscat airport for assistance. A relief flight has been arranged to bring back the guests from Muscat later this evening, said the statement.
Earlier on July 17, an Air India Express aircraft while operating from Calicut to Dubai was diverted to Muscat after a burning smell was observed from one of the vents in the forward galley of the flight.
Meanwhile, after frequent engineering-related glitches were reported in several airlines, the DGCA conducted several spot checks and advised that all aircraft at base and transit stations shall be released by certifying staff holding a licence with appropriate authorization by their organization.
The move comes after several instances were reported in the country where flights were diverted citing safety or functioning issues.
Notably, numerous incidents were reported this year when aircraft either turned back to their originating station or continued landing at the destination with degraded safety margins. (ANI)