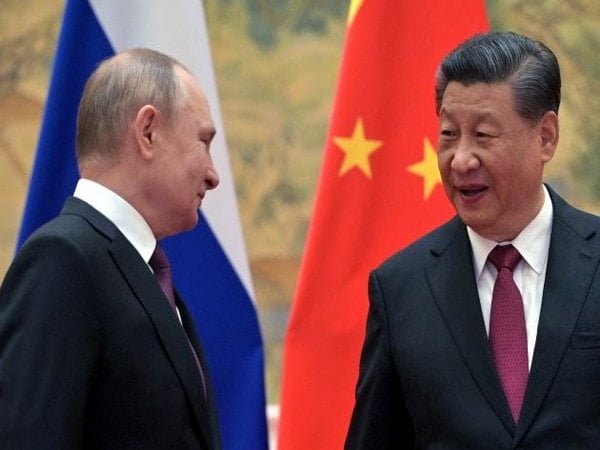 Moscow [Russia], September 13 (ANI): Russia is touting its support from China this week, as leaders from the two nations prepare to meet in person during the SCO summit in Samarkand for the first time since Moscow’s actions in Ukraine in February.
On Saturday, CNN reported that Russian troops were forced to flee the strategic city of Izium, their main bastion in northeastern Ukraine, after a swift Ukrainian counteroffensive.
As per reports, it was Moscow’s worst defeat since its retreat from Kyiv in March. Over the past week, Ukrainian forces have recaptured over 3,000 square kilometres of territory over the past week.
Last week, China’s top legislator and Xi Jinping Li Zhanshu met with the chairman of Russia’s State Duma Vyacheslav Volodin and other Russian lawmakers in Moscow after attending an economic forum in the eastern city of Vladivostok.
“China understands and supports Russia on issues that represent its vital interests, in particular on the situation in Ukraine,” Li assured its members, as per the statement from the State Duma cited by CNN.

“We see that the United States and its NATO allies are expanding their presence near the Russian borders, seriously threatening national security and the lives of Russian citizens. We fully understand the necessity of all the measures taken by Russia aimed at protecting its key interests, we are providing our assistance,” Li was quoted as saying.
“On the Ukrainian issue, we see how they have put Russia in an impossible situation. And in this case, Russia made an important choice and responded firmly,” he added.
Chinese leader Xi Jinping and Russian President Vladimir Putin is expected to meet on the sidelines of a summit in Uzbekistan. The expected meeting at the Shanghai Cooperation Organization (SCO) summit would be the first face-to-face between the two leaders.
Notably, it would also be the first overseas trip for Xi since the outbreak of the COVID-19 pandemic.
Russia and China have emerged as closer partners in recent years as both face tensions with the West. The latest telephonic exchange between the Chinese President and the Russian President on June 15 highlights the growing ties between the two countries in the wake up of the Ukraine conflict. (ANI)