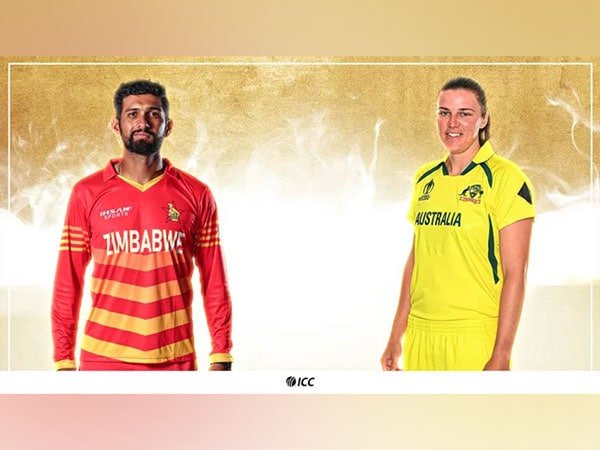 Dubai [UAE], September 12 (ANI): The International Cricket Council on Monday announced Zimbabwe batter Sikandar Raza and Australia all-rounder Tahlia McGrath as the Player of the Month for August in Men’s and Women’s cricket respectively.
Raza claims the ICC Men’s Player of the Month award thanks to an unforgettable series of scores against Bangladesh and India in Harare across two ODI series.
The all-rounder struck two magnificent unbeaten centuries (135 not out and 117 not out) during the historic 2-1 series victory over Bangladesh, on both occasions securing victory for his side in dramatic fashion when chasing big targets. He scored another memorable century against India later in the month, albeit in defeat, continuing his sensational form shown throughout 2022. In addition to his exploits at the crease, Raza also highlighted his bowling threat in the shorter format, taking seven wickets during the month.
In claiming the ICC Men’s Player of the Month award, Raza becomes the first Zimbabwe international to win the award, overcoming fellow nominees and leading all-rounders Mitchell Santner of New Zealand and England’s Ben Stokes who also starred during an action-packed month of men’s cricket.
Reacting to being named the ICC Men’s Player of the Month for August, Raza commented in a statement: “I am incredibly humbled and honoured to have won the ICC Men’s Player of the Month award from the ICC. It is even more humbling being the first Zimbabwean to ever win the award.”
“I would like to thank everybody who has been in the changing room with me over the past three to four months, namely the technical staff and the players. Without them, this would not have been possible. Lastly, I would like to take this opportunity to thank all the fans in Zimbabwe and overseas for all your prayers and all your wishes, they are well received and I am forever grateful,” he added.
Former South Africa international and ICC Player of the Month voting panel member, JP Duminy said: “Sikandar has really blossomed into a fine all-rounder, and more importantly has shown supreme consistency against some of the top teams in the world. It is exciting to see what comes next for him.”

Tahlia McGrath becomes the latest Australian star to receive the ICC Women’s Player of the Month award after paving the way for her country to claim Commonwealth Gold in Birmingham.
Following Alyssa Healy’s footsteps, who claimed the award in April, McGrath amassed 114 runs at an average of 57 during the month, together with five wickets at 13.40, emphasising the crucial role she played in securing yet another success for her country. In amongst a series of strong displays, undoubtedly her star performance came in the victory over Pakistan, where McGrath scored an unbeaten 78, before her three wickets and a run-out helped maintain her side’s unbeaten path to glory.
On winning the ICC Women’s Player of the Month award for August, McGrath commented: “I am honoured to have been named the ICC Women’s Player of the Month for August given there are so many great players who are at the top of their game at the moment.”
“I am loving being back in the Australian team and being part of some really special moments, including making history as the first women’s team to win a Commonwealth Games gold medal.”
Along with team success at the Commonwealth Games, McGrath’s excellent month also saw her reach a career-high ranking of 12th among all-rounders in the ICC Women’s T20I Player Rankings.
Former West Indies international and member of the voting panel Daren Ganga added:
“McGrath is one of the most genuine all-rounders in the women’s game. Her skill to swing the ball with consistent control matched with her batting ability all present remarkable value added to Australia. She is only 26 years of age and has many more contributions and successes to enjoy in her country’s colours.”
McGrath wins the ICC Women’s Player of the Month award after overcoming compatriot and fellow gold medal winner Beth Mooney and India’s Jemimah Rodrigues in the global vote conducted among media representatives, ICC Hall of Famers, former international players, and fans registered at icc-cricket.com. (ANI)