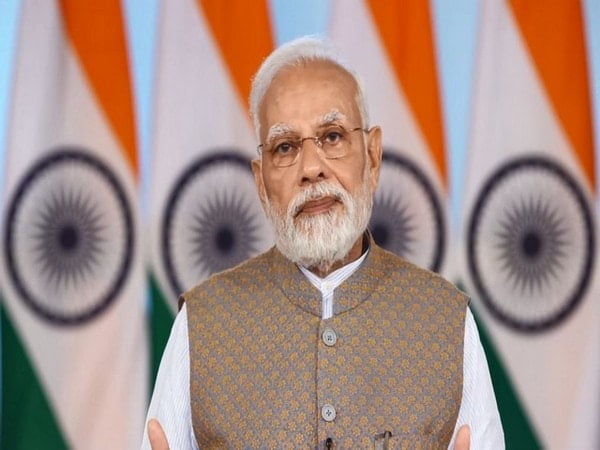 Colombo [Sri Lanka], September 18 (ANI): As Prime Minister Narendra Modi celebrated his 72nd birthday on Saturday, Mahasangh from Sri Lanka wished him a long life, health, serenity, and success in all his global and regional humanistic endeavours.
Prime Minister Narendra Modi has done so much and continues to do for Sri Lankans virtually in all aspects of socio-economic, religious, cultural, and linguistic spheres for the wellbeing of the people of the island country, Damenda Porage said in Satipatthana, a Buddhist magazine.
While extending birthday wishes to PM Modi on Saturday, Porage, editor of Satipatthana said that Modi is the versatile and saintly leader of India and it is a very significant day for Sri Lankans to refresh their cherished memories of gratefulness to him.
The author said that PM Modi will achieve his dream of making ‘India an educated and healthy nation, free from poverty and inhuman indignities by the year 2025’ and further added that it will, in turn, reflect favourably on Sri Lanka under his leadership.

Praising PM Modi for helping Sri Lankans at the time of economic crisis and providing massive amounts of food items and other necessities, domestic gas, shipments of fuel and other humanitarian aid and financial assistance to tackle the situation, the author said, “above all else, he (PM Modi) never allowed any contentious issues between the two countries to raise their ugly heads, despite pressure from interested parties, thus maintaining neighbourly and brotherly relations. It is also remarkable that there have been no burning regional or international issues during his leadership.”
“All Sri Lankans, especially the Maha Sangha, have a profound love and great esteem towards him for this. Sections of the Maha Sangha cherish the memories of great Dharmashoka who gifted Buddhism to Sri Lanka by sending Buddhist religious missionaries his son Arahat Mahinda Thero and daughter Sangamitta Bhikkuni have openly commented that Prime Minister Narendra Modi has to be viewed on par with Emperor Dharmashoka considering his huge and unrelenting contributions towards revitalizing Buddhism in Sri Lanka and strengthening the religious, cultural, traditional and linguistic ties. They consider him the Modern Day Dharmashoka,” the author said in Satipatthana.
Porage noted that PM Modi’s birthday coincides with the birthday of renowned Buddhist Scholar, saint, and Buddhist revivalist Srimath Anagarika Dharmapala who took the Buddhist teachings to the western world and participated in many religious conferences in those countries.
Remembering PM Modi’s visit to Sri Lanka in May 2017 as chief guest in the UN declared International Vesak Day celebrations in Colombo, the author said that the Sri Lankan Buddhists cherish the memories of his trip.
“Declaration of the airport at Kushinagar, where the Buddha lived his last days, as an international airport in which he participated as the chief guest, together with over one hundred senior monks of the Sri Lankan Maha Sangha and Sri Lankan government ministerial delegation in Oct 2021, his hours long rapt meditation during the chanting of the pirith at Lumbini at the Buddha Poornima celebrations ( Vesak Poya) in which the Prime Minister of Nepal also participated as a chief guest; his visits to important shrines ad archaeological sites, including Kandy and Anuradhapura, the continuing assistance and grants for revitalizing Buddhism in Sri Lanka; and the keen interest that he has demonstrated on strengthening and promoting Buddhist historical, cultural and linguistic ties. The Maha Sangha believes that it is India’s golden era in history under his leadership and he reflects the image of Emperor Dharmashoka in all his approaches,” the author said in a Buddhist magazine. (ANI)