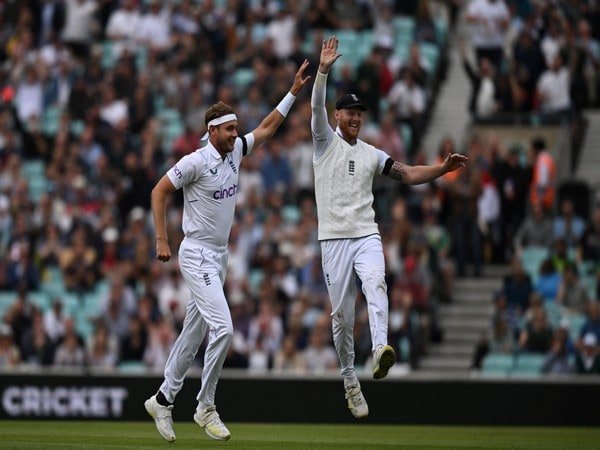 Kennington [UK], September 10 (ANI): English pace veteran Stuart Broad on Saturday equalled Australian great Glenn McGrath to become the joint second-highest wicket-taking pacer in the history of Test cricket.
Broad accomplished this landmark during his side’s third and final Test against South Africa at The Oval in Kennington.
In the match, the bowler took the wickets of Ryan Rickelton (11), Khaya Zondo (23), Keshav Maharaj (18) and Anrich Nortje (7).
Broad ended with figures of 4/41 in 12.2 overs with an economy rate of 3.32.
He is now the sixth most-successful bowler in Test cricket history, having taken 563 wickets in 159 Tests at an average of 27.84 and an economy rate of 2.94. His best bowling figures in an innings are 8/15.