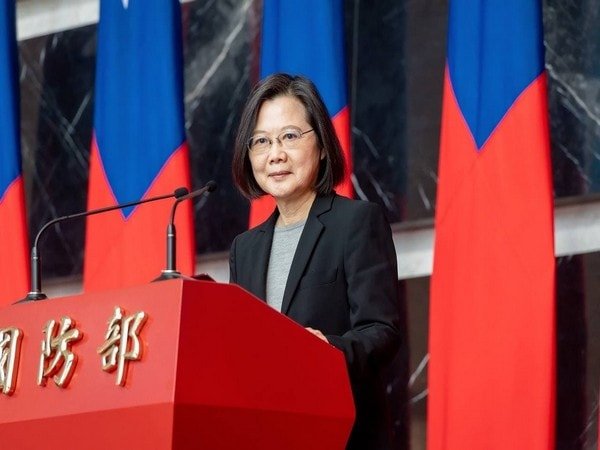 Beijing [China], September 15 (ANI): China has unleashed its cyber warfare on Taiwan which has forced Taipei to have its guard up especially in the wake of heightened tensions after US House Speaker Nancy Pelosi’s visit, media reports said.
In a bid to become resilient amid the Chinese aggression, Taiwan has raised its defence spending by 15 PC next year, reported Nikkei Asia. However, in the contemporary world, there are other methodologies which China is eyeing to exploit including cyber warfare against Taiwan.
After Pelosi’s visit to Taiwan, the island nation’s government and companies were targets of such attacks. Customers in 7-Eleven stores saw bulletin messages reading “Warmonger Pelosi, get out of Taiwan.” And electronic billboards were hijacked across Taiwan — one calling her an “old witch” whose visit is a “serious provocation to the sovereignty of the motherland,” reported Nikkei Asia.
Even the websites of the presidential office and foreign affairs and defence ministries were not spared by the Chinese. They were shut down by hackers for a short while. What transpired has instilled worry and concerns in Taiwan.
Taiwan is now thinking aloud over whether its key infrastructure and essential services have strong enough firewalls and the ability to withstand determined cyberattacks. The cyber attack is an added agression amid China’s biggest-ever military drills which encircled the democratic island.

“If power plants, hospitals, and transportation are hacked, the damage would be significant,” Wang Ming-hung, an assistant professor of computer studies at National Chung Cheng University, told Nikkei Asia.
“Everyone is exposed to the risks of cyberattacks,” he said, “from sensitive data leakage to online service suspension and disinformation or misinformation to critical infrastructure.”
Moreover, Kuo Szu-Wei, a cybersecurity analyst at the Taipei-based Institute for Information Industry (III), shares Wang’s concern when he noted that, “all of the key infrastructures,” Kuo told Nikkei, “hospitals, water and electricity stations as well as leading companies could be targets.
“In the age of digital transformation, linking devices and systems to the internet is almost inevitable. That leads to regular software and firmware updates, which create vulnerabilities for attacks.”
Taiwan is not sitting idle as China continues to flex its muscles. Taiwan’s government has been stepping up efforts to combat cyberattacks. President Tsai Ing-wen has repeatedly declared “cybersecurity is national security.”
Another key area in which Taiwan has started to lay the foundation of a cybersecurity agency inside the newly established Ministry of Digital Affairs, which is headed by hacker-turned-cabinet member Audrey Tang. The agency will hire an initial 150 cybersecurity specialists, a sharp increase from the 20 staff it had at a cabinet-affiliated cybersecurity center. (ANI)