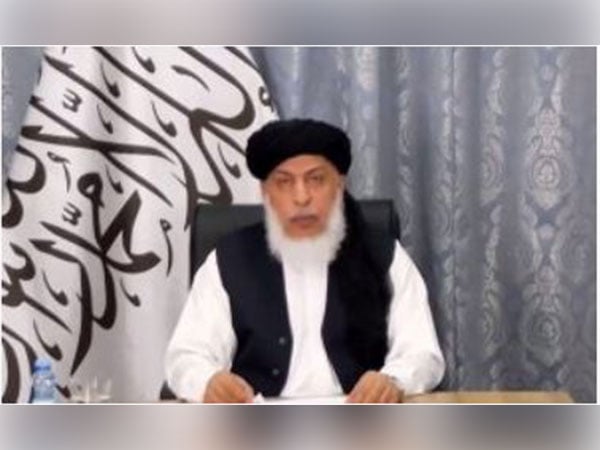 Kabul [Afghanistan], September 28 (ANI): Referring to remarks by Pakistan Prime Minister Shehbaz Sharif claiming the presence of terrorist groups in Afghanistan at the 77th session of the United Nations General Assembly, the Taliban on Tuesday called on Pakistan to stop meddling in Afghanistan’s internal affairs.
The Taliban Deputy Foreign Minister for Political Affairs, Sher Mohammad Abbas Stanekzai, called on Pakistan to stop interfering in Afghanistan’s internal issues, reported Tolo News.
Stanekzai said that the Islamic Emirate denies and condemns the claims and that it will also not allow anyone to make such statements toward Afghanistan.
“We strongly condemned the Pakistan Prime Minister’s action. We don’t allow anyone to speak against the Islamic Emirate … If Pakistan has an economic problem and is placed on a blacklist of the International Monetary Fund, no one takes their call to give them money. If you (Pakistan) are not given a loan, it is your problem–find your way through any way you can, but don’t talk about the dignity of the people of Afghanistan and don’t defame Afghanistan just to earn some money,” he said.

Notably, Pakistan’s Prime Minister raised concern over the threat of terrorism emanating from Afghanistan.
Pakistan Prime Minister Shehbaz Sharif said that “Pakistan shares the key concern of the international community regarding the threat posed by the major terrorist groups operating from Afghanistan especially Islamic State-Khorasan (ISIS-K) and Tehrik-e Taliban Pakistan (TTP), as well as Al-Qaeda, East Turkestan Islamic Movement (ETIM) and Islamic Movement of Uzbekistan (IMU),” reported Tolo News.
Sharif’s remarks sparked reactions from the Islamic Emirate and former President of Afghanistan Hamid Karzai. Karzai said in a statement that Afghanistan has been the victim of terrorism and that terrorist sanctuaries have been active under the Pakistani government in the country and have been used against Afghanistan for decades, reported Tolo News.
Meanwhile, the Ministry of Foreign Affairs of the Islamic Emirate of Afghanistan said that the allegations were baseless.
“Pakistan had a vital role in Afghanistan’s war and peace over the past 40 years. We must say that it had a role due to the lack of good management by our politicians sometimes. Pakistan takes advantage of the vacuum,” said Torek Farhadi, a political analyst. (ANI)