Tim David should be in Australia XI for T20 World Cup: Adam Gilchrist 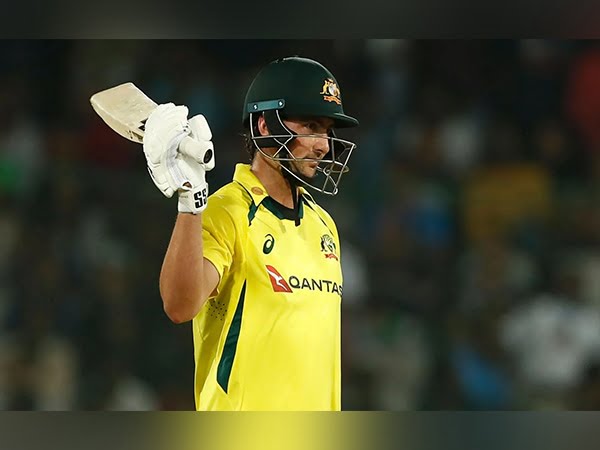 Sydney [Australia], September 26 (ANI): Australian cricket legends Adam Gilchrist and Mark Waugh believe Tim David must feature for the Men in Yellow at the upcoming ICC Men’s T20 World Cup but could not agree on the player he should replace.
While David only scored 18 runs and two from the opening two matches of the three-match T20I series against India, the 26-year-old exhibited his top-class performance with a blistering half-century in the final game of that series in Hyderabad on Sunday. David smashed 54 runs in just 27 balls. His knock was decorated with four sixes and two fours.
The Australian greats were recently asked to name their best Australia XI for the upcoming T20 tournament and the pair agreed that David has already done enough to feature.

“Tim David should have a place in that XI,” ICC quoted Gilchrist as saying.
“His power and the way he has taken it on…and seeing what we have seen from him over the last 18 months all around the world, it is really in all different conditions and they (opposition teams) will fear him coming in. It is a role that Australia have never really tried to fill, having someone who knows they are only going to get 15 or 20 balls (to make an impact),” he added.
Waugh echoed Gilchrist’s sentiments, although the former champion right-hander said much can change between now and the start of the tournament in mid-October.
“I have got Tim David in the XI at this stage. That could change with form, but that looks a pretty good side to me,” Waugh noted.
But the Australian greats couldn’t decide on which player should be left out of the XI to make way for David, with Waugh leaving experienced batter Steve Smith out of his best side and Gilchrist feeling the pressure was on Marcus Stoinis to hold on to his place. (ANI)

Mankading: England skipper accuses Deepti Sharma of ‘lying’, says no ‘warnings were given’ to Charlotte Dean