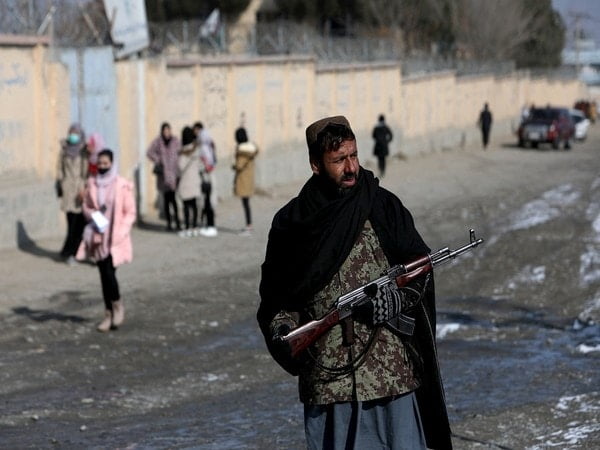 Kabul [Afghanistan], September 21 (ANI): The United Nations mission in Afghanistan has raised an alarm over reports of killings in Panjshir province, saying that perpetrators must be held to account.
Since the Taliban seized power in Kabul last year, several reports have emerged about the clashes between the Islamic group and Resistant Front fighters. Both sides have claimed to have inflicted casualties on each other.
“UNAMA continues tracking Panjshir developments. Reports of the alleged killing of detainees by the Taliban appear credible. Perpetrators must be held to account. Taliban investigations must be transparent to be taken seriously,” the UN mission said on Tuesday.
UN special rapporteur for Afghan Human Rights, Richard Bennett, also called out the Taliban to conduct the investigations amid reports of extra-judicial killings in Panjshir.
“Noting Department of Foreign Affairs, MoD, has opened an investigation into reports of extra-judicial killings in Panjshir, I remind Taliban that they bear responsibility for the actions of their forces,” Bennett said in a tweet on September 18.

In an earlier tweet, Bennett had expressed concern about the latest allegations of extrajudicial summary executions in Panjshir. “Reminding international human rights obligations of all parties, I call for immediate thorough investigation and for perpetrators to be held accountable. I am closely monitoring the situation.”
Taliban security forces in northern Panjshir province have unlawfully detained and tortured residents accused of association with an opposition armed group, according to Human Rights Watch.
Over the past few months, fighting has escalated in the province as National Resistance Front (NRF) forces have attacked Taliban units and checkpoints. The Taliban have responded by deploying to the province thousands of fighters, who have carried out search operations targeting communities they allege are supporting the NRF.
During search operations in other provinces, Taliban forces have committed summary executions and enforced disappearances of captured fighters and other detainees, which are war crimes.
Earlier, in June, a London-based rights group raised concerns about the reports of unlawful killings and arbitrary arrests in Panjshir.
“Constantly, reports are coming of arbitrary arrests and unlawful killings of civilians by the Taliban in Panjshir. Events in the last couple of weeks leave little room for doubt that there is a growing pattern of extrajudicial executions and arbitrary arrests committed by the Taliban,” said Zaman Sultani, Amnesty International’s South Asia researcher.
Serious human rights violations created a climate of fear and distrust in the region. While the Taliban have rejected any reports of civilian deaths, these incidents are accompanied by a lack of accountability within the Taliban rank and file. (ANI)