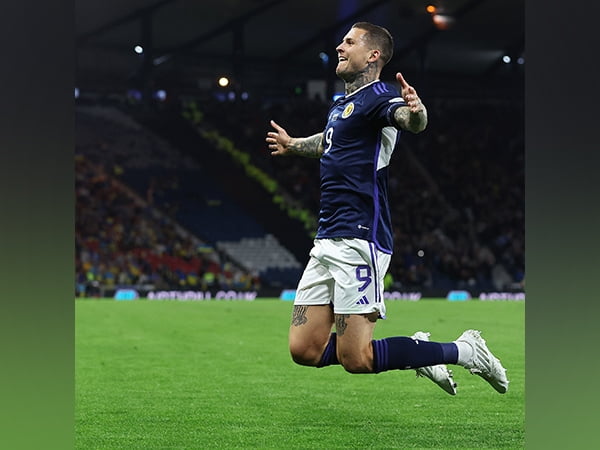 Glasgow [Scotland], September 22 (ANI): Scotland moved to the top of their UEFA Nations League group B1 after a 3-0 win over Ukraine at Hampden Park on Wednesday.
This win acts as a band-aid for Scotland after they missed out on the World Cup, which will be held later this year from November to December.
Steve Clarke’s side broke the deadlock in the 70th minute with stand-in captain John McGinn striking gold for his side. This was followed by two goals from Lyndon Dykes in 80th and 87th minute.