US envoy calls for ‘serious’ national political dialogue in Afghanistan 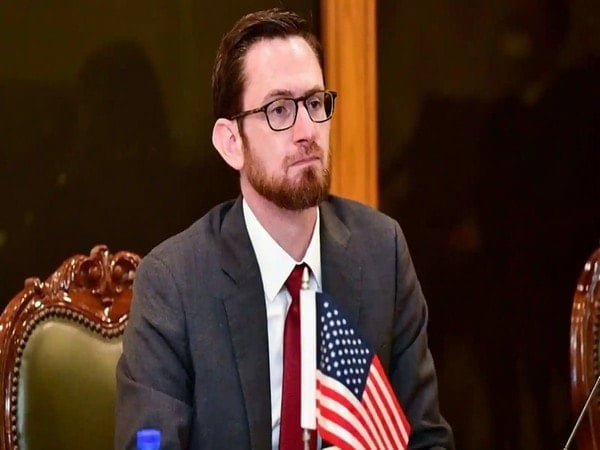 Kabul [Afghanistan], September 30 (ANI): US special envoy for Afghanistan Thomas West has called for a ‘serious’ national political dialogue in Afghanistan as the people continue to take the strain of Taliban atrocities and human rights violations in the country.
Thomas West underlined, “Without a serious national political dialogue about the future of the country among Afghans who have genuine support in their community, I really do fear…. we could see a return to civil war in time,” as he delivered his remarks at the Center for Strategic and International Studies, lambasting Taliban for their cruelty on Afghans, TOLOnews reported.
“We wish to see and to support the emergence of a peaceful and stable Afghanistan that never again harbours terrorists … in which the rights of all its people, women and men, boys and girls are upheld,” the US Special envoy said.
However, the Deputy spokesman for the Islamic Emirate, Bilal Karimi, said that there is no requirement for national dialogue in Afghanistan.
“There is peace and security in the country. All the challenges that previously existed are currently solved. The time for negotiations was when there was war in the country and there were many sides–there was an invasion–now here is a central government and the people are in a calm situation,” TOLOnews reported quoting the deputy spokesman of the Islamic Emirate, Bilal Karimi.

ALSO READ:  "He is still critical, not passed yet," says Vikram Gokhale's daughter

Recently, the United Nations Assistance Mission in Afghanistan (UNAMA) released a recent report, outlining the human rights situation in Afghanistan since the Taliban takeover.
The report summarized UNAMA’s findings with regards to the protection of civilians, extrajudicial killings, torture and ill-treatment, arbitrary arrests and detentions, the rights of women and girls in Afghanistan, fundamental freedoms and the situation in places of detention, according to Khaama Press.
The Taliban regime in Afghanistan has drawn heavy criticism across the world for a decree banning girls from schools above grade six.
The plight of Afghan women has continued to be deplorable in the country. Contrary to the Taliban’s claims, girls were stopped from going to school beyond a sixth grade on March 23 and a decree against the women’s dress code was issued after a month.
There are restrictions on movement, education and freedom of expression of women posing a threat to their survival.
Around 80 per cent of women working in the media have lost their jobs, and almost 18 million women in the country are struggling for health, education and social rights. (ANI)

FS Kwatra interacts with media from Seychelles, Sri Lanka upon their familiarisation visit to India