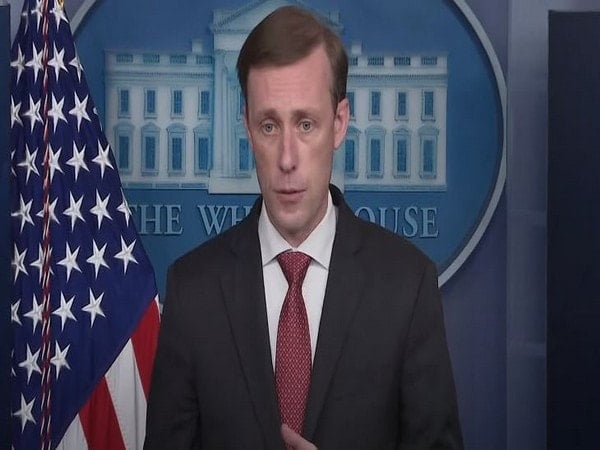 Washington [US], September 26 (ANI): US national security adviser, Jake Sullivan warned President Vladimir Putin of “catastrophic consequences” if Russia launches a nuclear attack on Ukraine and said that America will “respond decisively” to such an action.
While speaking on NBS’s “Meet the Press” show, Sullivan said, “Let me say it plainly: If Russia crosses this line, there will be catastrophic consequences for Russia,” The Hill reported.
“The United States will respond decisively,” he continued. “Now, in private channels, we have spelt out in greater detail exactly what that would mean, but we want to be able to have the credibility of speaking directly to senior leadership in Russia and laying out for them what the consequences would be without getting into a rhetorical tit for tat publicly,” he added.
During the interview, Sullivan said the United States is working with the International Atomic Energy Agency, which sent representatives to the plant, and Ukrainian energy regulators to avoid a meltdown catastrophe.
“It is actually still being operated by the Ukrainian operators who are essentially at gunpoint from the Russian occupying forces, and the Russians have been consistently implying that there may be some kind of accident at this plant,” Sullivan said as quoted by The Hill.

Talking about Moscow’s referendum in the four Russian-occupied areas of Ukraine where voting began on joining the country, Sullivan said that these referenda are not signs of strength or confidence.
What you see inside Russia right now, this call-up of troops, the sham referenda that they’re trying to run in the occupied territories, these are definitely not signs of strength or confidence,” Sullivan said on ABC’s “This Week.”
“Quite the opposite,” Sullivan added. “They’re signs that Russia and Putin are struggling badly.”
Ukrainian forces, in recent weeks, had regained thousands of square miles of territory, which is occupied by Russia since it started its military operation in Ukraine.
Putin on Wednesday responded by calling up 300,000 reservists and warning the West about Russia’s nuclear weapons, reported The Hill.
“This is not a bluff,” Putin said. “And those who try to blackmail us with nuclear weapons should know that the weathervane can turn and point towards them.”
Meanwhile, on CBS’s “Face the Nation,” Zelensky warned that Putin’s threat “could be a reality.” (ANI)