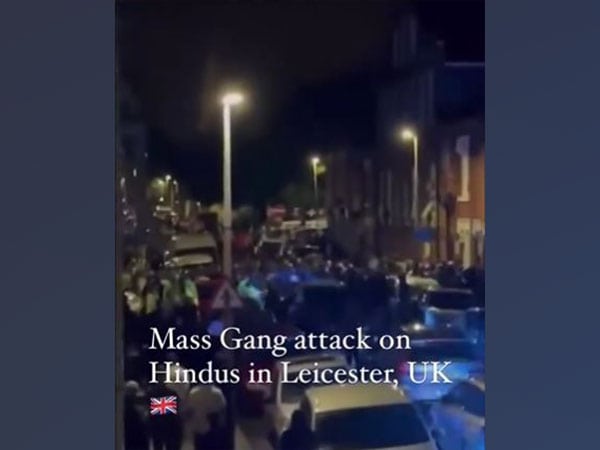 “Many houses and properties of Hindus have been damaged. Many Hindus living in the impacted area have not sent their kids to school for several days now,” the group said.
The cycle of violence was triggered on August 28 after India won the Asia Cup T20 match against Pakistan. A clash broke out among groups of young men in Leicestershire, according to the police statement. At least 15 people have been arrested so far in the matter.
Various videos and reports have been circulating on social media about organised gangs seen vandalising and terrorising Hindus in the UK’s Leicester City. The incident follows a spate of violence and disorder in the eastern part of the city.
On Monday, Indian High Commission in the UK condemned the violence perpetrated against the Indian community in Leicester and sought immediate action against those involved in the attacks.
The High Commission issued a statement saying that it has taken up the matter with the UK authorities.
“We strongly condemn the violence perpetrated against the Indian Community in Leicester and vandalisation of premises and symbols of Hindu religion. We have strongly taken up this matter with the UK authorities and have sought immediate action against those involved in these attacks. We call on the authorities to provide protection to the affected people,” the statement read. (ANI)