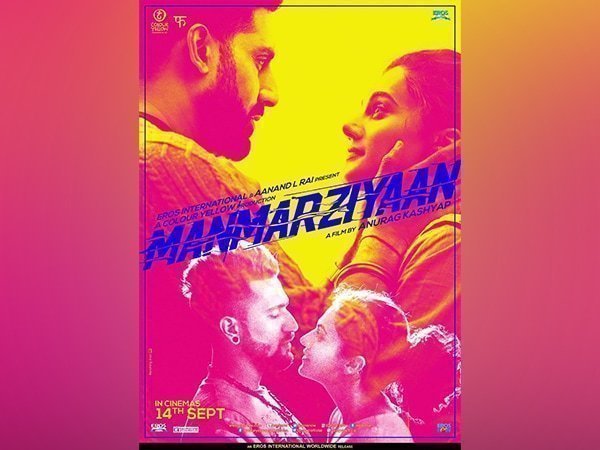 Mumbai (Maharashtra) [India], September 14 (ANI): It’s a nostalgic Wednesday for the team of ‘Manmarziyaan’ as the film clocked four years today.
Taking to Instagram, Vicky Kaushal recalled how he sustained an injury under the eye while filming one of the scenes in the film.
“#4yearsofManmarziyaan… ‘Aashiqon ki jaan lega tu!’… scene that cost me a few stitches under the eye. Such a liberating experience to play Vicky Sandhu! Grateful for a memorable journey together,” he wrote, adding a BTS image from the sets.

Helmed by Anurag Kashyap, the film also stars Abhishek Bachchan and Taapsee Pannu.
Right from its content, songs to the solid performances, the audience and critics appreciated the film and it went on to perform well at the box office.
Set against the backdrop of Amritsar, ‘Manmarziyaan’ revolves around Rumi (Taapsee Pannu) and Vicky (Vicky), two madly-in-love individuals who can’t keep their hands off each other. When one fine day, Rumi’s family catches them in action, the pressure for marriage builds up. But Vicky isn’t keen on marriage, and in a bid to find a more responsible partner, Rumi decides to marry Robbie (Abhishek Bachchan) — a London-returned banker.
The film was released on September 14, 2018. (ANI)