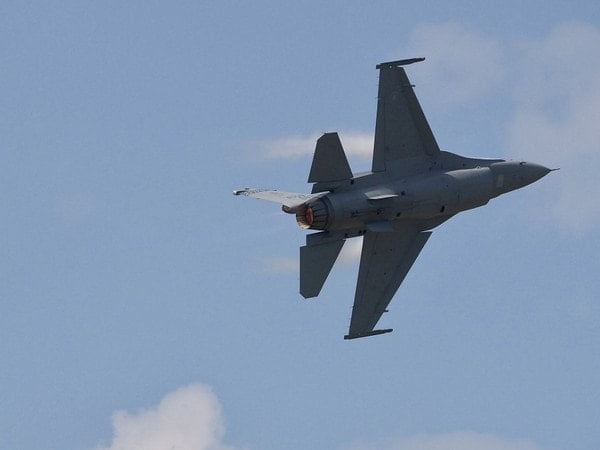 Washington [US], September 16 (ANI): The Biden administration’s approval of a USD 450 million military sale package for maintenance of the ageing F-16 fleet of the Pakistan Air Force (PAF) has raised concern over why the US is selling weaponry to countries that work against American interests, that sponsor terrorism, or whose leaders fantasize about killing its citizens.
Michael Rubin, writing in Washington Examiner said that it’s common sense not to sell weaponry to such countries, however, the Biden administration seeks to do just that.
In 2018, the Trump administration suspended military aid to Pakistan given Islamabad’s two-faced behaviour in the fight against terrorism. Pakistan provided a lifeline to Al Qaeda and enabled the Taliban insurgency during that movement’s march through Afghanistan.
In the wake of Afghanistan’s fall, Pakistan again pushed on the most anti-liberal elements of its foreign policy. It remains a satrapy of China and consistently votes against US interests at the United Nations.

Against this backdrop, the Biden administration’s announcement last week that it sought an upgrade worth nearly half a billion dollars for Pakistan’s F-16 fleet is bizarre, said Rubin.
Not only would this reward Pakistan for decades of conspiring to kill American service members in Afghanistan, but it also ignores geopolitical reality. Pakistan will not use F-16s against terrorists. After all, extremists in both Afghanistan and Pakistan are clients of the country’s Inter-Services Intelligence agency. Nor does Pakistan need F-16s to counter China. The two countries are strategic allies — Pakistan has even allowed China to build a shadow naval base at Gwadar to give the People’s Liberation Army Navy an outlet to the Indian Ocean, reported Washington Examiner.
Sales to adversaries have more significant consequences. As Turkey turns, it is far more likely to utilize F-16s to threaten Greece or Armenia than defend NATO against its Russian financial partners.
After President Recep Tayyip Erdogan’s turn toward Russia, Turkey lost access to America’s next-generation F-35 Joint Strike Fighter. Turkey has since doubled down on its anti-American antagonism.
Likewise, the only reason Pakistan wants F-16s is to use them to threaten India. Given the orientation of Turkey and Pakistan, to give Ankara or Islamabad access is to indirectly provide America’s top military tech to Moscow and Beijing, said Rubin. (ANI)

ALSO READ:  Pushback against Afghan refugees continues as Iran deports over 7,000 migrants in past week