Will be cheering for India U-17 team: Football legend IM Vijayan 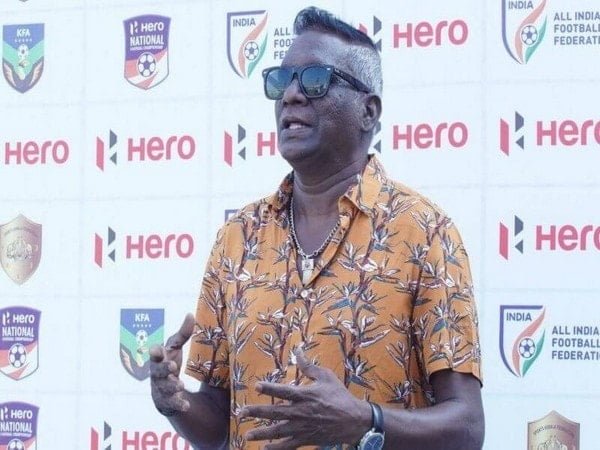 ANI Photo | Will be cheering for India U-17 team: Football legend IM Vijayan

New Delhi [India], September 16 (ANI): Former India captain and football legend IM Vijayan said that FIFA U-17 Women’s World Cup, which is set to be hosted in India next month, is a great opportunity to unearth talents and he will be rooting for the India U-17 team.
“It’s such a great opportunity for the girls. This is the best age to play against some of the top teams like Brazil and the USA. There is absolutely no pressure on them, and they can just go in and enjoy the moment,” said Vijayan. “The whole nation will be watching, and that is the best opportunity for them to show what they can do. I for one will certainly be cheering them on.”
“Not only is it all about enjoying the moment, but playing against top teams to gain the experience for the future is something unique that the girls will gain,” said Vijayan.
“The World Cup is such an important event for India. It’s a privilege to play at such a level. The girls can certainly take inspiration from the senior team, who scored a goal against Brazil last year. That’s a big thing that Manisha (Kalyan) did. It gives everyone else the belief that we Indians can also do it,” Vijayan further added.

“These are experiences that will remain with these girls forever, and they can then impart them to their future teammates, or later to other players when they become coaches. It does not matter if they win or lose. Playing against such teams is an experience in itself, and that will definitely help them grow,” he said.
As the Chairman of the AIFF’s Technical Committee, IM Vijayan will preside over the Committee’s meeting on Sunday, September 18, 2022. He praised the new management of the AIFF and believes that the hopes in the Indian Football community are high.
“There are a lot of hopes from the current management in AIFF. (AIFF President) Kalyan Chaubey obviously has been a player himself, so he knows what footballers need, and how to improve the conditions for them. And (AIFF Secretary General) Shaji Prabhakaran has been a FIFA Development Officer in the past, and has worked in football for so long, so we have a lot of hopes about further development of Indian Football,” said Vijayan.
The former India international feels that though the facilities in recent times have improved manifold, grassroots development is the need of the hour.
“Football is played in a much more organised and professional manner these days. The kids these days get a lot of facilities and a lot more matches, so that is always a good thing. But we still need to improve at the grassroots level. That is the most important thing. We have a few plans that we will discuss in the Technical Committee meeting,” he added. (ANI)

Bilawal Bhutto hopes Pakistan will get off FATF grey list, says “we want to tackle terrorism”