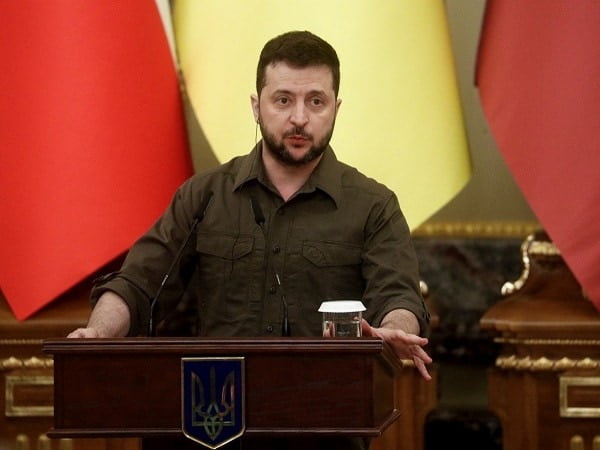 New York [US], September 22 (ANI): Ukrainian President Volodymyr Zelenskyy demanded punishment for Russia for the war in Ukraine, which has left thousands of people killed, displaced millions and reduced towns to rubble.
During a video on Wednesday to the United Nations General Assembly, Zelenskyy called for a special tribunal to punish Russia for its aggression.
“A crime has been committed against Ukraine, and we demand just punishment,” he told the UN body. “Ukraine demands punishment for trying to steal our territory,” Zelenskyy said.
“Punishment for the murders of thousands of people. Punishment for tortures and humiliations of women and men,” he added.
Zelenskiyy’s address to world leaders came after Russian President Vladimir Putin ordered partial military mobilization in Moscow. Russia plans to conscript around 300,000 troops in an apparent escalation of its Ukraine invasion that began in February this year.

“A special tribunal should be created to punish Russia for the crime of aggression against our state … Russia should pay for this war with its assets,” the Ukrainian president said further in the video message.
Earlier, President Vladimir Putin announced that he had signed a decree on partial mobilization in Russia amid the ongoing war in Ukraine.
“In order to protect our homeland, its sovereignty and territorial integrity, to ensure the security of our people and people in the liberated territories, I consider it necessary to support the proposal of the Ministry of Defense and the General Staff to conduct partial mobilization in the Russian Federation,” he said during nation address today, CNN reported.
Referendums on joining Russia will be held in the Donetsk and Lugansk People’s Republics, as well as the Kherson and Zaporozhye regions in eastern Ukraine on September 23-27.
Meanwhile, British Prime Minister Liz Truss vowed before the United Nations to keep up military aid to Ukraine until it triumphs against Russia.
“We will not rest until Ukraine prevails,” Truss told the UNGA at her first trip since taking office.
The Conservative leader also said that the UK was committed to spending 3 per cent of its GDP on defense by 2030, considerably higher than the 2 per cent commitment to defense spending by NATO members, as per CNA. (ANI)