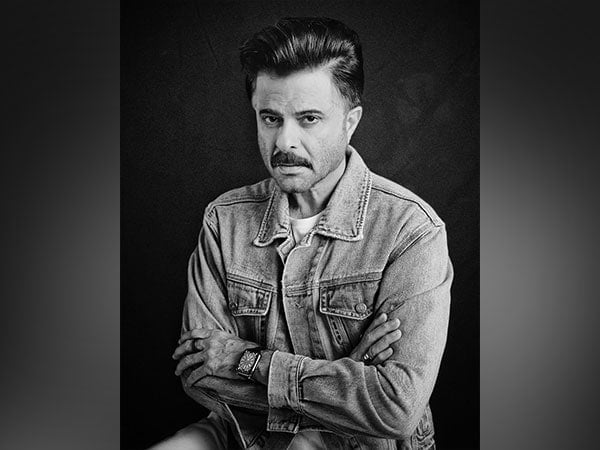 New Delhi [India], October 2 (ANI): Actor Anil Kapoor celebrated 40 years of his film Shakti on Saturday, with throwback pictures from the sets on social media.
Taking to his Instagram handle, the ‘Jugjugg Jeeyo’ actor shared series of throwback pictures featuring late veteran actor Dilip Kumar and Smita Patil.
Sharing the pictures, he wrote, “40 years of Shakti .. remembering Yusaf Saab / the great Dilip Kumar, Smita Patil who was so kind and generous during the shooting and the producers Mushir and Riyaz…”

40 years of Shakti .. remembering Yusaf Saab / the great Dilip Kumar, Smita Patil who was so kind and generous during the shooting and the producers Mushir and Riyaz… pic.twitter.com/dmyPBlKh8W

Ramesh Sippy’s directorial Shakti was a crime drama movie, which was released in 1982. The movie stars Dilip Kumar, Amitabh Bachchan, Rakhee Gulzar, Smita Patil, Kulbhushan Kharbanda, and Amrish Puri. It was the first film where Dilip Kumar and Amitabh shared the screen space.
The movie won four Filmfare Awards, for Best Film, Best Screenplay, Best Sound Editing, and Dilip Kumar won the Best Actor award for his role.
In the movie, Anil made a guest appearance as the grandson of DCP Ashwini Kumar played by Dilip Kumar, and Vijay Kumar played by Amitabh Bachchan’s son.
Dilip Kumar breathed his last on July 7 in Mumbai at the age of 98. He was laid to rest with full state honours at Mumbai’s Juhu cemetery.
Speaking of his acting career, it had spanned over six decades. He acted in over 65 films in his career and is known for his iconic roles in movies like ‘Devdas ‘(1955), ‘Naya Daur’ (1957), ‘Mughal-e-Azam’ (1960),
Meanwhile, on the work front, Anil recently wrapped up his shoot for the much-awaited Indian remake of ‘The Night Manager’, which is an espionage thriller that has a tense cat-and-mouse chase between a covert agent and a secret arms dealer.
The 2016 series features Tom Hiddleston in the lead role. In the remake, Anil will essay the role which was originally played by Hugh Laurie. It will also feature Aditya Roy Kapur and Sobhita Dhulipala in lead roles. The original British series became a massive hit across the globe and earned several awards at the 74th Golden Globe Awards.
Anil will also be seen sharing screen space with Hrithik Roshan and Deepika Padukone in the action-packed ‘Fighter’. (ANI)’Ganga Jamuna’ (1961), ‘Kranti’ (1981), and ‘Karma’ (1986). His last film was ‘Qila’, which was released in 1998. (ANI)