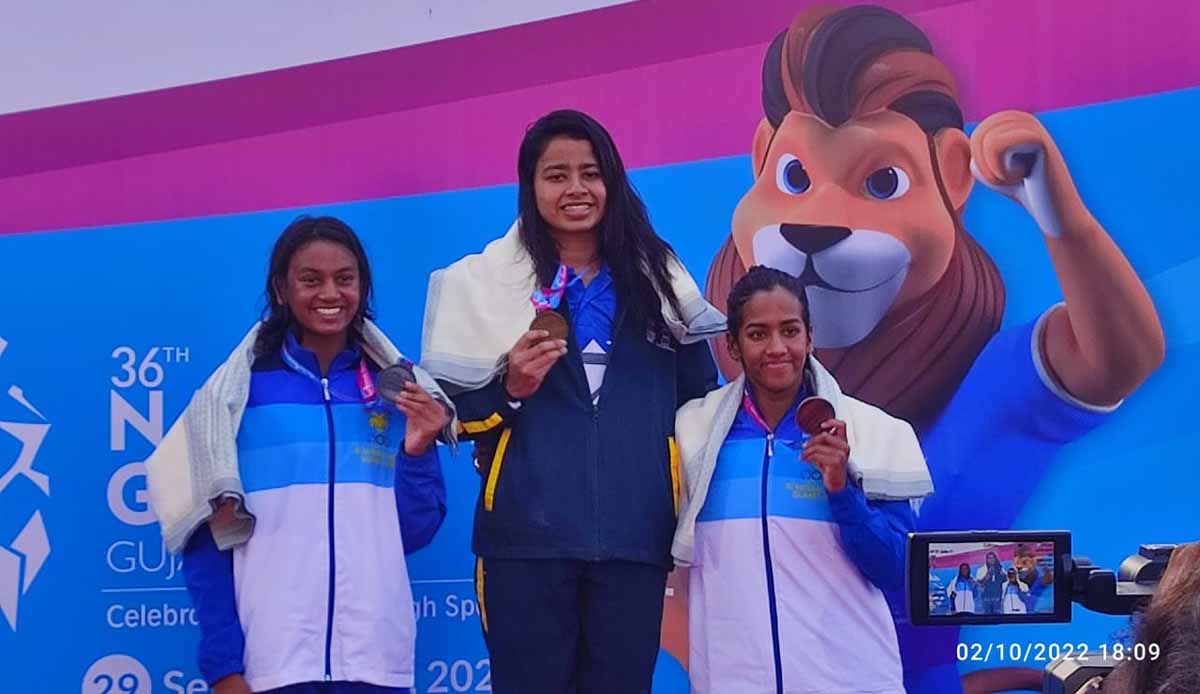 Assam athletes continue to shine at the 36th national games being held in Gujarat as swimmer Astha Choudhury set a new national games record in the 100m butterfly final to clinch the gold medal at the Sardar Patel Aquatics Complex in Rajkot on October 2.

The butterfly specialist clocked 1.03.37 to set a new national games record which was set by her in the heats four hours earlier with a timing of 1.03.91. She took the games record from Richa Mishra, who set it at 1:04.41 in Ranchi in 2011.

Incidentally, Astha Choudhury had clocked 1:03.07 in Guwahati last month to claim the national record too.

The second medal for Assam in swimming came via Bikram Changmai who won silver in the men’s 100m butterfly with a timing of 55.73. Assam Olympic Association president Sarbananda Sonowal and general secretary and Lakhya Konwar congratulated Astha Choudhury and Bikram Changmai.

Winners in Aquatics events at the #36thNationalGames

Amlan in 200m semis, Hima in final: In Gandhinagar, Amlan Borgohain clocked 21.20s to enter the semifinals in the men’s 200m race on Sunday. The semifinals and the final of the event are scheduled to be held on October 4.

On the other hand, Hima Das confirmed her place in the final of the women’s 200m race on Sunday. The Dhing Express clocked 23.98s to advance to the final.

In 100m, Hima failed to live up to the expectations as she finished in the 7th position.

It was amazing how we won past 2 games: Moeen Ali after England clinch series against Pakistan