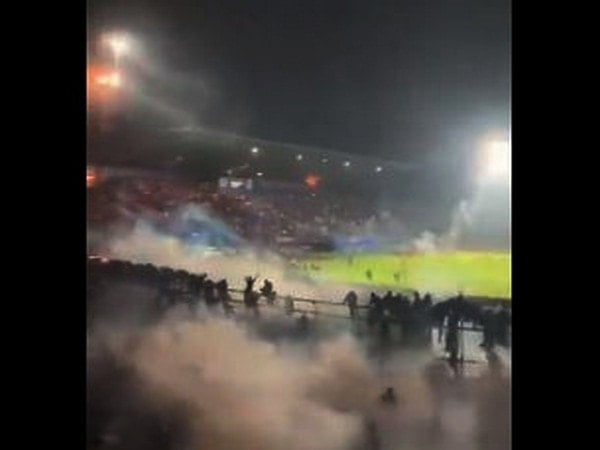 Jakarta [Indonesia], October 2 (ANI): At least 127 people died after riots broke out in a football match in Indonesia on Saturday night. Children and police officers are among the dead.
The soccer match took place inside the Kanjuruhan Stadium in Malang, a landlocked city in the Indonesian province of East Java.
The defeat of Arema Football club by their arch-rivals Persebaya on their home ground prompted a large number of their supporters to storm the pitch following which mass riots broke out, killing more than 100 football fans and two police officers on the scene, the Daily Star reported.
Numerous footage that circulated on social media showed fans climbing over fences as they tried to escape from the smoke clouds after tear gas was released at the incident site in order to disperse the masses.
Notably, after the chaos ended on the soccer ground, the stampede continued on the streets, the Daily Star reported. (ANI)