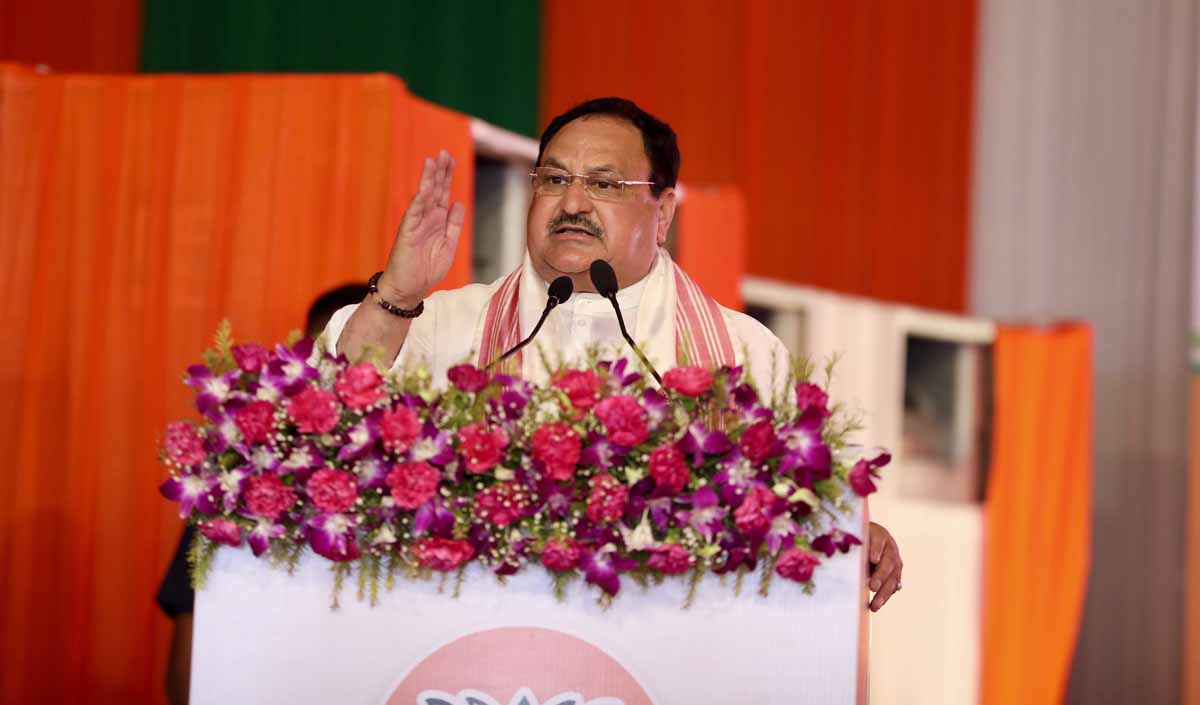 JP Nadda speaks during the occasion in Guwahati

The Congress does not have any particular ideology and the BJP is the only ideology-based and national party in India, said BJP president JP Nadda at the inauguration of the Atal Bihari Vajpayee Bhawan in Guwahati, which is the newly built BJP office.

Addressing a public meeting in Guwahati, Nadda said that BJP is the only ideology-based national party in India. “I congratulate the Assam BJP team on behalf of all party workers over the inauguration of the new BJP office in the state,” he said.

JP Nadda further said that BJP proposed to set up 512 offices across the country out of which 236 offices have been constructed and 154 offices are under construction.

In the coming days, the BJP will have a grand office in the entire country including Assam and Northeast, Nadda said.

Spread over 95,000 square feet, the Assam BJP state headquarters- which is the party’s biggest office in the northeastern region is expected to be full of all modern amenities.

Hailing PM Modi’s tenure, JP Nadda said: “Under the leadership of Modi, our government has been following the economic model of Antyodaya. That is why, unlike any other political party in the country, BJP works with the motto of ‘Sabka Saath, Sabka Vikas’.”

He further said that not only the medical institutions but also the connectivity enhanced through developing the national highways in Assam is leading the way for the Northeast to progress.

He called upon the party workers from Northeast states to utilize this office and contribute towards the holistic development of the region.

“No one had imagined that the institutes like AIIMS and the largest Centre for Cancer will ever come to the Northeast, but this all has happened now and people of the state would not have to go to New Delhi for treatments,” Nadda said, adding that the party stands at that height because of the people’s hard work.

Amit Shah is on his three-day visit to Assam starting on October 7.

As part of his visit, Amit Shah, along with chief minister Himanta Biswa Sarma also chaired a review meeting over the Assam floods in Guwahati.

According to the Assam State Disaster Management Authority (ASDMA), nearly 8.9 million people in the state have been affected by the flood and landslides that struck Assam this year.