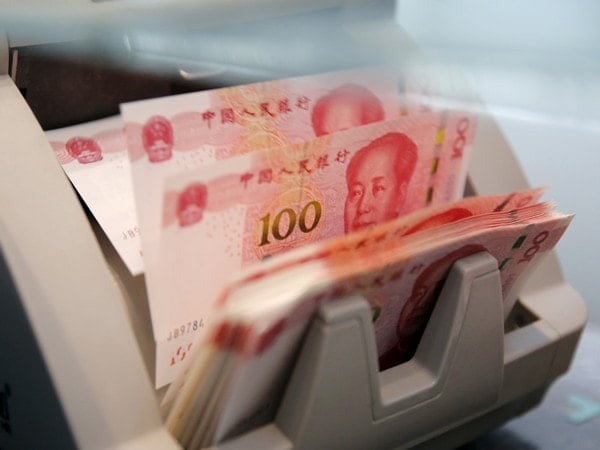 Beijing [China], October 2 (ANI): Ahead of the 20th National Congress later this month, the fall of the yuan, also known as the Renminbi, is embarrassing for China which always boasts of a strong yuan as evidence of its economic stability.
Besides, this is not something President Xi Jinping would like as he prepares to get a third term in power, the Financial Post reported.
According to US media reports, the yuan reached a record low in the last week of September against the dollar after hikes in US interest rates made traders convert money into dollars.
This fall comes as major currencies worldwide continue to tumble after the US Federal Reserve’s aggressive hikes. CNN reported that this appears to be a trend in recent months, despite interventions by the country’s central bank.
What’s likely to be worse is the dismal picture for China’s economy next year. The World Bank has slashed its prediction for GDP growth from 5 per cent in April to just 2.8 per cent, following other financial institutions.
In a developing economy like China’s, that feels like a recession to the public–and a failure to reach the 5.5 per cent growth target set by the government, the Financial Post reported.
It is no consolation to the Chinese government that “a weaker yuan helps Chinese exporters by making their goods cheaper abroad, but it encourages capital to flow out of the economy”, raising costs for Chinese borrowers and “sets back the ruling Communist Party’s efforts to boost weak economic growth”.
While the Fed’s interest rate hikes are attributed to the yuan’s fall, it is also true that China’s own economic woes aren’t helping either.
In recent months, China’s economy has faced a downfall due to extensive COVID-19 lockdowns, droughts, and poor performance of the indebted property market.

A depressed demand is stemming from a precarious real estate sector and disruptions from the country’s continuing zero-Covid politics. As a result, the Chinese central bank is forced to cut key interest rates to stimulate the stalling economy, the Financial Post reported.
The Chinese economy, under the leadership of Chairman Xi Jinping, narrowly avoided contraction in the second quarter, with the gross domestic product (GDP) expanding just 0.4 per cent on year during the April-June period.
On Thursday, China Foreign Exchange Market Self-Regulatory Framework (SRF) held a virtual conference to analyze recent developments in the foreign exchange market and to make arrangements for strengthening self-regulatory management.
Liu Guoqiang, Deputy Governor of the People’s Bank of China (PBC) and Chair of the China Foreign Exchange Committee (CFXC), attended and addressed the conference.
During the meeting, Liu Guoqiang told the Chinese bankers to maintain the basic stability of the exchange rate.
It was noted at the conference that since the beginning of 2022, the RMB exchange rate has remained basically stable at an adaptive and equilibrium level. The CFETS RMB exchange rate index was generally on par with that at end-2021.
“Despite its depreciation against the US dollar, the RMB weakened by only half the USD appreciation rate of the same period. It strengthened markedly against the Euro, British pound, and Japanese yen, being one of the few strong currencies in the world,” the statement read.
It was stressed at the conference that the foreign exchange market is of overwhelming importance, and it is a top priority to maintain its stability. There is a solid foundation for the basic stability of RMB exchange rate.
“The foreign exchange market is a big deal. Maintaining stability is the first priority,” the PBC said in a statement published on its website on Wednesday. “The People’s Bank of China has accumulated rich experience in coping with external shocks [to the yuan market] and can effectively manage market expectations.” (ANI)