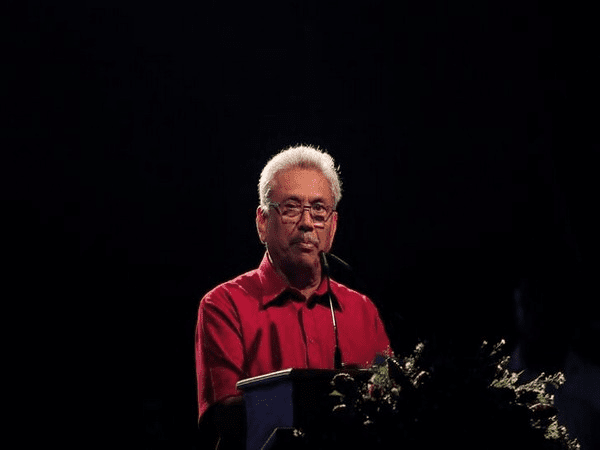 London [UK], October 27 (ANI): Sri Lankan President Gotabaya Rajapaksa resigned in July this year, as his country faced economic ruin and civil unrest. Protestors demanded that the interim government probe allegations of corruption against Rajapaksa and his family, who have dominated Sri Lankan politics for much of the past two decades.
To analyse what lies behind the Rajapaksas’ fall from grace and Sri Lanka’s economic collapse, and discuss what lessons other South Asian nations facing challenges might learn from the country’s predicament, London-based NGO The Democracy Forum invited a panel of experts to address the central theme: ‘Sri Lanka: Lessons for South Asia’.
In his opening comments, TDF President Lord Bruce spoke of the plight of Sri Lanka, a country traumatised by its political shortcomings, exacerbated by a combined balance of payments and sovereign debt crisis, which betrays many of the systemic problems that continue to beset countries throughout South Asia.
The Sri Lankan government’s reckless pursuit of unsustainable foreign borrowing has propelled the country into the midst of a proxy tug-of-war between China and India, he said, and although Beijing has long courted the Rajapaksa family with loans for huge infrastructure projects, it has been slow to respond to Colombo’s evolving crisis.
In contrast, the Indian government earlier this year offered a package of credit, loans and humanitarian assistance worth USD 3.8bn.
The outcome of this rivalry is far from clear, but the machinations reflect the shifting sands of allegiance in South Asia, concluded Lord Bruce, with Beijing still wielding the most significant clout in the region.
Focusing on deep-rooted, long-term economic vulnerabilities that led to sovereign default in Sri Lanka – the first time in the country’s history – Umesh Moramudali, a Lecturer at the University of Colombo and Researcher on Public Debt & Development, pondered why Sri Lanka had come to this.
While some observers believe China, the Russian war and Covid are key external culprits in Sri Lanka’s economic decline, Moramudali also highlighted domestic causes such as falling tax revenues and a much reduced exports-to-GDP ratio as contributing vulnerabilities to a vulnerable economy.
On Sri Lanka’s path to becoming a middle-income country, he argued, it had failed to fix the structural weakness of its economy, and core political weaknesses. Heavy borrowing from China for infrastructure projects, as well as increasing domestic and external debt, had also left their mark.

Dr Neil DeVotta, Professor of Politics and International Affairs at Wake Forest University, discussed the proximate causes of the crisis facing Sri Lanka, juxtaposing that with mal-governance over the decades and linking the island’s current problems with its ethnocentric trajectory.
The hardship that Sri Lanka continues to face is almost invisible, he said, as the protest movement is now less vigorous, yet malnutrition, poverty, dipping agricultural output and lack of medicines are among growing problems.
Broadening the focus to a more regional viewpoint, Dr Ali Cheema, Associate Professor of Economics, Lahore University of Management Sciences and Research Fellow, IDEAS, looked at Pakistan’s domestic political economy challenges and development, in light of what might be learned from Sri Lanka’s recent experiences.
He drew parallels between Sri Lanka and Pakistan, given their structural weaknesses, and how these have been worsened within the context of the global economic crisis. But Cheema cautioned against being reductive, as each South Asian nation has a different set of fragilities, underpinned by growth models that are fragile.
Dr Deepa Ollapally, Research Professor of International Affairs & Director of the Rising Powers Initiative at the Elliott School of International Affairs, George Washington University, also addressed the regional repercussions of the Sri Lankan crisis, especially what it means for India’s role vis-a-vis Colombo, and in the region.
She spoke of how the region is being redefined, as are regional roles and expectations, with Quad member Japan now a major player, seen as an honest broker able to develop, along with other Quad members, restructuring packages and provide alternatives to the China option, especially the BRI.
Ollapally said that, previously, India had watched helplessly as Sri Lanka fell into Beijing’s arms. But, with the Ukraine war diverting most of the international community’s attention, China then vanished from the scene and India appeared as a first responder with a huge aid package, far outstripping China’s.
Sri Lanka, she added, had been overly optimistic in its expectations of China, which is a tough customer when it comes to bailouts, as it is more concerned with its own economic situation. Many countries are in debt to China (eg Pakistan, African nations), and the upshot is a slowing down of the BRI, which had been speeding up.
At the same time, Sri Lanka has underestimated India – despite the island nation begging for global help, only India came good. India’s expectations of Sri Lanka have also increased, as the crisis has given India the opportunity to push back China. (ANI)