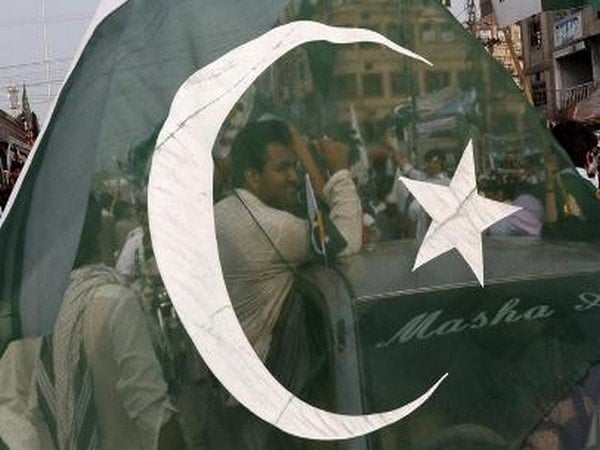 Balochistan [Pakistan], October 3 (ANI): The Hindu community in Pakistan marched on the roads of Balochistan province in protest against the alleged desecration of the remains of a Hindu woman’s body burnt in the Shamshan Ghat.
As per the Pakistani publication Dawn, the protestors marched on the roads of Kalat town in the province chanting slogans against the local administration.
The Hindu traders in the province closed all their shops and gathered in the Shahi Bazaar area to join the march.
A representative of the Hindu community said that a woman of their community had died recently and her relatives had cremated her body in Shamshan Ghat.
“Her remains were still in the cremation ground and unidentified persons burnt them last night. After going to the crematorium, her remains were thrown out and the remains were desecrated,” he alleged.

He further said that the gate of the crematorium had been stolen earlier, and they had complained to the district administration about it, but the administration did not do anything, reported Dawn.
Religious and political parties also joined the march in solidarity with the minority community in the country. The protestors demanded the immediate arrest of the culprit saying that they would again stage a stage-in if their demands are not fulfilled, reported Dawn.
Activists say that the human rights in Pakistan records have touched a new low with several media reports and global bodies reflecting the dire situation for women, minorities, children, and media persons in the country.
The situation faced by the Hindu and Christian groups in Pakistan is bad in general, but women from these communities are the worst victims of discriminatory attitudes of the authorities, political groups, religious parties, the feudal structure and the Muslim majority.
The deplorable condition of minorities in Pakistan, including abductions, murder, rapes and forced conversions has been an alarming concern. The violence against women and minorities in Pakistan has become even more rampant.
The country has witnessed widespread protests from minorities in recent days, however, there have been no actions from the local administration or Pakistan government to curb the violation of human rights. (ANI)