Is this the beginning of the end for Vladimir Putin? 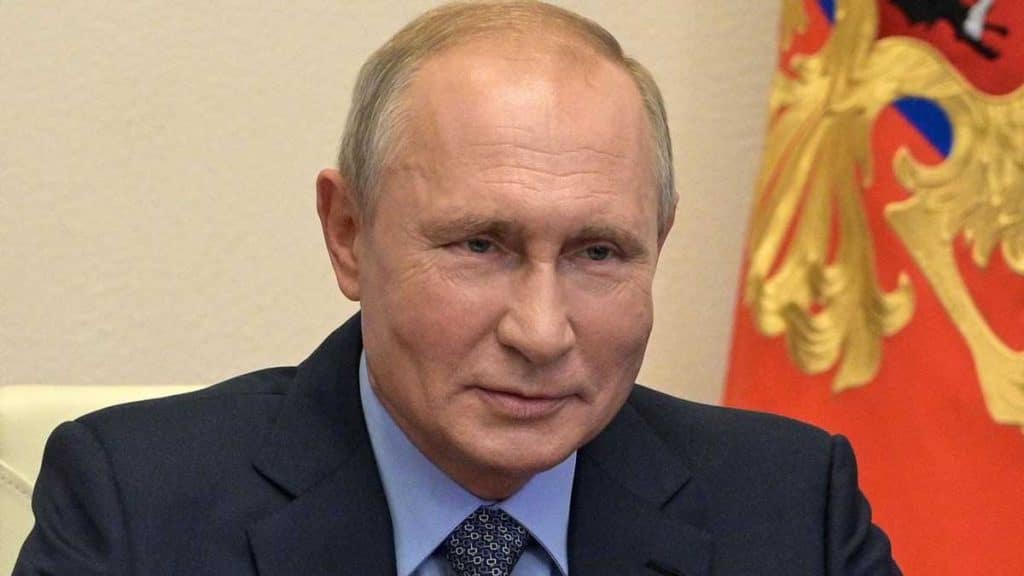 Vladimir Putin’s bizarre ceremonies formalising Russia’s annexation of some 15% of Ukraine once again revealed the yawning chasm between Kremlin triumphalism and reality.

Never mind Russian forces didn’t even fully control the territories Putin brought under the Russian flag. Never mind Russia’s “referendums” were a blatant fabrication – with voting often held at gunpoint. Never mind that by now more people have fled Russia than the 300,000 extra troops to be “partially mobilised” in support of Putin’s flagging war effort. And never mind that Russian forces are retreating in many of their newly-acquired lands, with the key city of Lyman liberated by Ukraine less than 24 hours after its annexation was announced.

Putin’s vitriolic rantings to a decidedly subdued audience provided plenty of distasteful soundbites. He referred to the West as Satanists with “various genders”, calling for holy war against the transexual Western bogeymen. His characterisation of Americans as neo-colonialists was laughably hypocritical since Putin was literally in the process of announcing the recreation of an empire.

He made references to Catherine the Great, claimed southern Ukraine had always been Russian, and liberally invoked the imperial term “Novorossiya”. NATO expansion, supposedly the trigger for Russia’s existential security crisis that left it with no option but to invade its neighbour, barely got a mention in Putin’s tsunami of xenophobic bile.

But the real story of Putin’s latest melodrama is that he has unequivocally bet his political survival on “victory” over Ukraine and the West.

Crucially, there are now definite signs his grip on power is starting to fray, even if Putin’s demise may still be some way off.

Dictators often meet their ends through inadvertent overreach. So, too, Putin’s new fragility stems from his own choices. Obsessed with recreating a footprint over what he believes are Russia’s historical lands, and determined to blame the West as the global embodiment of moral decrepitude, Putin has created his own existential threat.

Yet his invasion of Ukraine has been an utter disaster. His conventional forces have been revealed as a chimera: poorly trained, poorly led, hopelessly corrupt, and often badly equipped.

This is now becoming an internal threat that his domestic messaging is struggling to explain.

What were sold as glorious Russian victories were repelled, got bogged down and then became embarrassing retreats, forcing Kremlin propagandists to simultaneously try to put out multiple spot fires. But spinning defeats as temporary setbacks can only work for so long. And finding others to blame, from false conspiracies about NATO forces fighting alongside Ukrainians, to criticism of field commanders for failing Russia, is also a temporary solution.

Eventually it will become patently obvious that the one man who isn’t permitted to be criticised – Vladimir Putin – is ultimately in charge of the mess.

Implicitly this is already happening. Margarita Simonyan, Putin’s chief cheerleader in Russia’s tightly controlled media landscape, has suddenly dissociated herself from politics, plaintively claiming she has no political authority.

Putin has been forced to abandon the political centre

The enigma of Putin and Putinism is that he has never really offered a guiding vision for Russia, despite being effectively the Kremlin’s longest serving leader since Stalin. He has tended to avoid identifying with a particular ideological position, and isn’t even a member of United Russia, the party invented to represent his interests in Russia’s parliament.

Instead, Putin has presided over a centralised authoritarian government, playing divide-and-rule with different Kremlin cliques, and elevating friends and cronies while also occasionally purging them. Indeed, Russia has a system of bureaucratic bargaining between power ministries and powerful individuals that isn’t completely alien to what we witness in the West.

But in Putin’s Russia, the strength of vertical lines of authority means major contests around policy aren’t mediated by discussion, debate or other expressions of preference. Rather, they’re decided by the will of one individual.

This has served Putin well in the past, allowing him to present the face of a political “centrist” whose choices soften the extremism of ultranationalists and communists, and keep him aloof from petty politics. But battlefield failures have now required him to lurch to the far right. That side of Russian politics has never completely supported Putin, even though it remains beholden to him to retain political influence. It is also weakly supported by the population, and many of its leaders are figures of ridicule.

Hence Putin is betting on his ability to drag popular sentiment with him. True, Russia’s phoney democracy ensures he won’t be removed at the ballot box, and appetites for public protest remain low. But he will now be expected to take actions even more unpopular than his botched partial mobilisation, which has been abruptly walked back.

His critics, like the Chechen leader Ramzan Kadyrov, have already called on Putin to announce martial law in Russia’s border regions, and use tactical nuclear weapons against Ukraine. Doing so will not just hasten Russia’s military defeat, but will weaken Putin further domestically.

Scapegoating is tricky in the face of collective failure

In the past, Putin has been able to purge with impunity. The military, the security services, and various oligarchs who displeased him have all at some point felt Putin’s wrath.

The more the failures mount up, the less tenable Putin’s selective scapegoating becomes. He has replaced military leaders rapidly, and is now reportedly issuing orders directly to field commanders, including refusing to allow them to fall back and regroup.

Intelligence assessments confidently arguing Ukrainians would welcome the Russian invaders were premised on Putin’s own reading of the situation, published in a 2021 screed that painted Ukrainians as little more than wayward Russians. Moscow’s overconfidence in its sovereign wealth fund has been insufficient to insulate vital parts of the Russian economy against Western sanctions.

And Putin’s belief the West would fold in the face of weaponised Russian energy seems only to have strengthened its resolve.

Of course, none of this means Putin will be overthrown tomorrow. He retains broad and deep control over Russia’s population, and over the elites he permits to serve him. But his earnest projections of strength belie his increasing vulnerability. By mobilising his population to fight in Ukraine, Putin has broken his compact with the people. And by attempting to shift the blame for failure wholesale onto his subordinates, he has, for the first time, created an incentive for elites to unite against him.

For a stark indication of how much Putin’s political fortunes have changed, we need only look at the new confidence of Ukraine’s President Volodymyr Zelenskyy. Having survived an attempted Russian decapitating strike in February, Zelenskyy is now overtly calling for regime change in Russia.

Responding to Putin’s demand that Ukraine return to the bargaining table, Zelenskyy observed that he “will not hold any negotiations with Russia as long as Putin is the President of the Russian Federation. We will negotiate with the new President”.

The end of Vladimir Putin? It might come sooner than you think.

How 5G technology will change our world forever