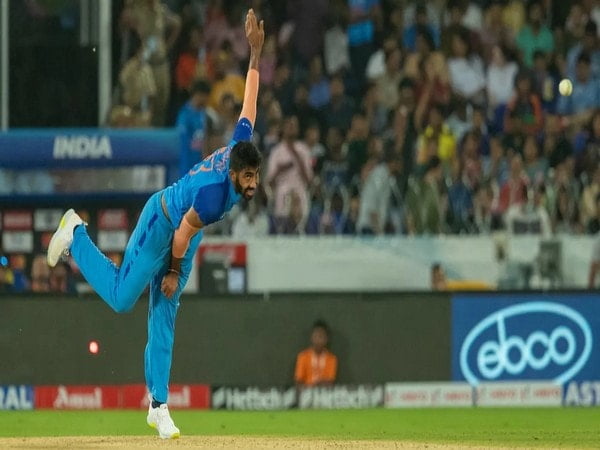 Mumbai (Maharashtra) [India], October 3 (ANI): A huge blow to India as star pacer Jasprit Bumrah is ruled out of the upcoming ICC T20 World Cup 2022, starting October 16 due to back injury.
The BCCI Medical team has ruled out Team India fast bowler Jasprit Bumrah from the ICC Men’s T20 World Cup squad. The decision was taken following a detailed assessment and in consultation with the specialists.
Bumrah was initially ruled out from the ongoing three-match T20I series against South Africa due to a back injury. The BCCI will be naming a replacement for Jasprit Bumrah in the squad for the marquee tournament soon.
India has put a lot of effort into getting ready for the T20 World Cup. They played T20Is in Ireland, England, the Caribbean, and the UAE over the course of the past three months, in addition to the home series against Australia and South Africa.
At the ICC competition, India is in Group 2 with Pakistan, Bangladesh, South Africa, and two qualifiers.
Following their October 23 encounter against Pakistan at the MCG, they will play on October 27, against a qualifier in Sydney, on October 30, against South Africa in Perth, on November 2, against Bangladesh in Adelaide, and on November 6. (vs qualifier in Melbourne).
India T20 World Cup squad: Rohit Sharma (capt), KL Rahul (vice-capt), Virat Kohli, Suryakumar Yadav, Deepak Hooda, Rishabh Pant (wicket-keeper), Dinesh Karthik (wicket-keeper), Hardik Pandya, R. Ashwin, Yuzvendra Chahal, Axar Patel, Bhuvneshwar Kumar, Harshal Patel, Arshdeep Singh.
Reserve players: Mohammed Shami, Shreyas Iyer, Ravi Bishnoi, Deepak Chahar. (ANI)

Kriti Sanon opens up on playing Sita in Adipurush