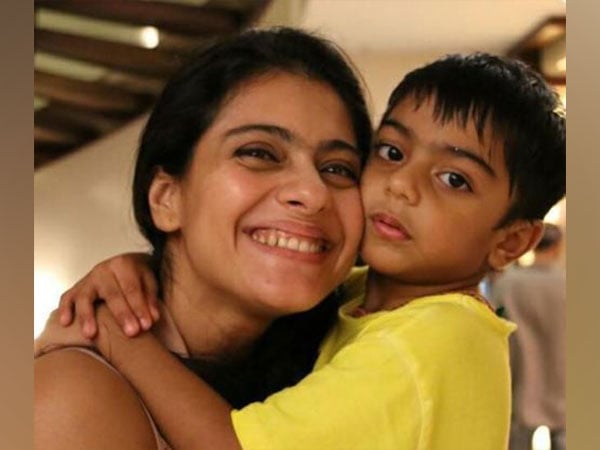 New Delhi [India], October 3 (ANI): Bollywood actor Kajol, on Sunday, felt proud of her son Yug as he served bhog at the Durga Puja pandal along with her mother, taking forward their family tradition.
Taking to Instagram, Kajol shared a video, which she captioned, “So proud of my son serving at the pujo mistakes and all.. the tradition continues…#durgapuja #proudmom #blessingsrecieved.”

In the video, Kajol and Yug could be seen in traditional attires and serving bhog to the devotes at the Durga Puja Pandal.
Soon after the ‘Ishq’ actor shared the video, fans swamped the comment section with heart and fire emoticons.
Actor Divya Dutta commented, “So lovely. I Wana come too!!.”
“Kajol Maam, Wishing you a very happy durga pujo from Kolkata,” a fan commented.
The Hindu festival of Durga Puja, also known as Durgotsava or Sharodotsava, is a yearly celebration that honours the Hindu goddess Durga and commemorates her victory over Mahishasur.
For the Bengali community, Durga Puja is the biggest festival. This year Maha Shashti falls on October 1 and Vijaya Dashami on October 5.
On the work front, Kajol will soon be seen in the web series ‘The Good Wife’.
‘The Good Wife’ is an Indian adaptation of the American courtroom drama of the same name starring Julianna Margulies in the lead role The show has seven seasons and it concluded in 2016.
Kajol will be seen playing the role of a housewife who goes back to working as a lawyer after her husband’s scandal lands him in jail. Directed by Supan Verma and it will stream on Disney+Hotstar.
She will also be seen in ‘Salaam Venky’ alongside Aahana Kumra and Vishal Jethwa. The film is directed by Revathi. (ANI)