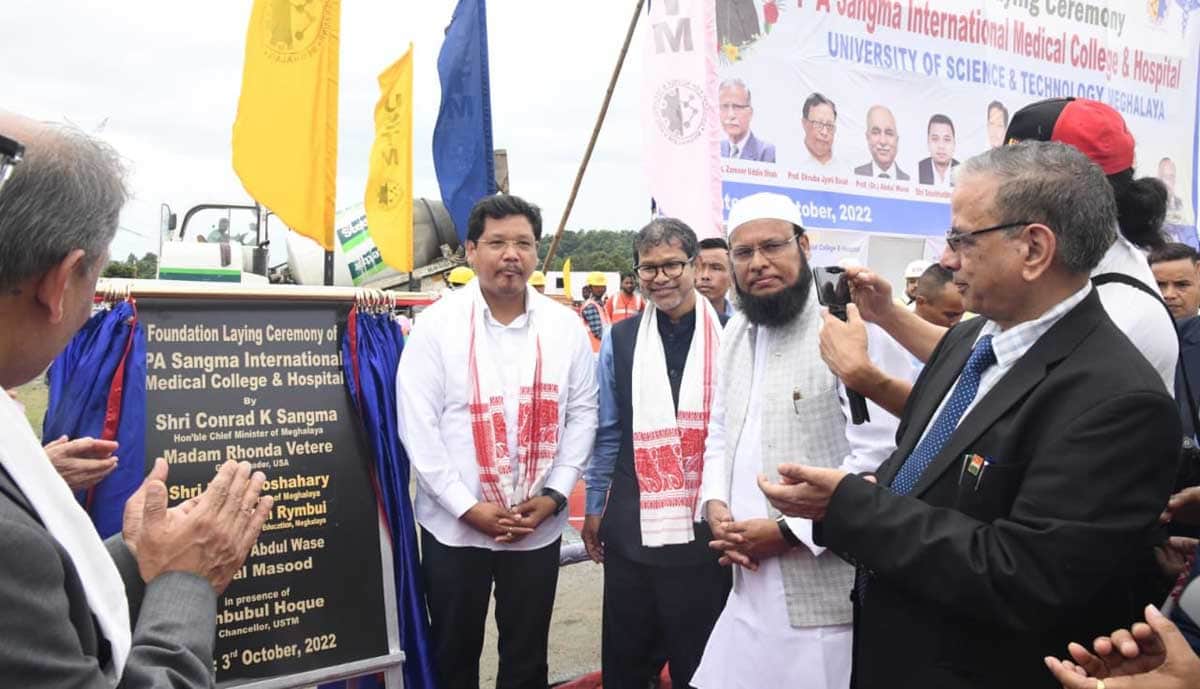 Speaking to the gathering, chief minister Conrad Sangma, said that it is befitting that the foundation stone is being laid when India is celebrating its 75th year anniversary of independence, Meghalaya celebrating its 50th year of statehood and the year also marks 75 years of Late PA Sangma’s birth.

“This first private medical college of USTM will be the first of its kind to be set up in Meghalaya and the standard and the professionalism that the medical college will follow will be second to none,” he said.

The CM also said that the involvement of Late PA Sangma in the process of establishing USTM and naming the medical college after him is a tribute to the late leader.

“It is fitting tribute that on the 75th birth anniversary of Late PA Sangma we are laying the foundation stone for the medical college which is to be named after him,” he added.

Stating that the biggest investment that a government or a society can make is in human capital, the chief minister said, “For the government every development is important but the most important investment that any government can make is in human capital and the biggest challenge that our nation will face in the next few years is to channelize and take our youth forward without which investments in other sectors will not make any difference.”

The P A Sangma International Medical College and Hospital of @USTMeghalaya whose foundation we laid today is a great tribute to my late Father who firmly believed that investment in people is the greatest investment.@PMOIndia @mansukhmandviya @dpradhanbjp pic.twitter.com/zI0lFk9KuI

He said that colleges and universities should not only give education to the youth but also have an important role in doing research and innovation.

“The biggest innovations and ideas have come out from students studying in colleges and schools and while many universities and colleges have lost track of this important factor,” he said.

He further stated that innovation and ideas should be connected with entrepreneurs.

“Once the entrepreneurs come into the picture there will be a whole lot of connection and exchange among young innovators, business schools and entrepreneurs and lead to the growth of the economy,” he said.

The chief minister also said that thorough discussions are on to see how the government can collaborate and work with USTM, especially for the medical college.