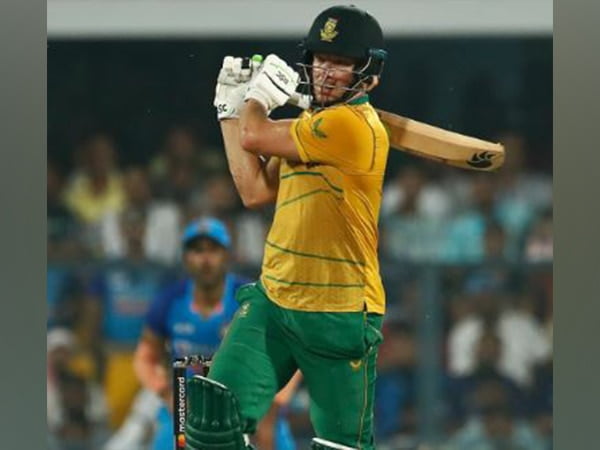 Guwahati (Assam) [India], October 3 (ANI): India’s star batter Suryakumar Yadav appreciated the superb century scored by South African David Miller in the second T20I at Guwahati on Sunday.
India defeated South Africa in the second T20I of the three-match series by 16 runs with the help of half-centuries from Suryakumar Yadav and KL Rahul.
David Miller played an absolute blinder of an innings slamming his second T20I hundred but was not able to take his team across the line.
“He Miller batted beautifully and I loved it,” said Suryakumar Yadav.
The batter also shared his preparations before the game and the process that he undertakes to prepare for different situations.

“You just have to be planning really well when you are having the practice sessions about second-guessing the bowlers. When you are batting first, you can’t set a target and you just gotta bat as deep as possible and get as many runs as possible,” said Yadav.
“We were batting first, so it was very clear that I had to keep the tempo that was set by Rahul and Rohit and I just went and enjoyed myself,” expressed the star batter.
Coming to the match, David Miller’s explosive ton went in vain as Indian bowlers hold their nerve to clinch the T20I series 2-0 after 16 run victory in the second T20I against South Africa here at Barsapara Cricket Stadium, Guwahati on Sunday.
With the win, Team India took an unassailable lead 2-0 over South Africa.
For South Africa, Miller slammed an unbeaten 106 in 47 balls while Quinton de Kock played a knock of 69 not out off 48. Arshdeep Singh bagged two wickets for India while Axar Patel settled for one wicket.
Earlier put to bat first, India posted a daunting total of 237/3 with the help of stunning half-centuries from Suraykumar Yadav and KL Rahul. Suraykumar slammed 61 runs in 22 balls, while Rahul played a knock of 57 off 28. Virat Kohli looked in red-hot form as he slammed unbeaten 49 runs off 28 balls. (ANI)