We are very confident and sure about what we have been doing: Rahul Dravid 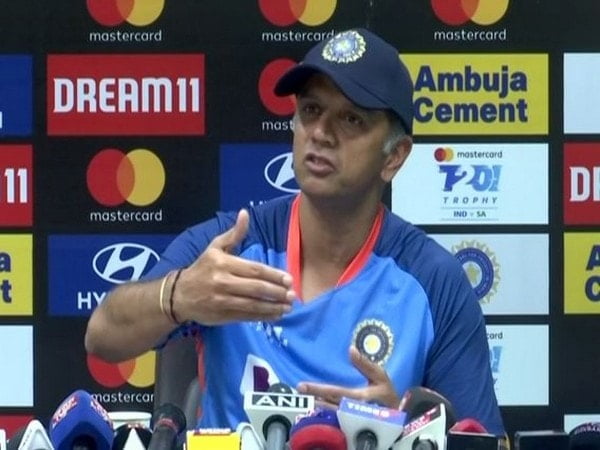 ANI Photo | We are very confident and sure about what we have been doing: Rahul Dravid

Guwahati [Assam], October 1 (ANI): India head coach Rahul Dravid on Saturday affirmed that the team clearly understands what it has been trying to do and is confident of what it is trying to achieve.
The Barsapara Cricket Stadium in Guwahati will witness the exciting action of the second match of the three-match T20I series between India against South Africa on Sunday.
India’s head coach was answering a question about the criticism received over the number of players that have been used in the past few matches and the constant tinkering with the playing eleven.
Explaining the players that have featured in the eleven, Dravid said that the changes are sometimes not needed but certain situations such as injuries or workload management force the team management to rope in different players in the playing eleven.

“It is a bit unrealistic to expect to keep playing the same players over and over again. Some of the changes or experiments as people like to call them are sometimes forced upon you. Bumrah doesn’t play the last game, it’s because he is injured. Sometimes we have to give people a workload break,” shared the former India player.
Dravid was quite vocal about the constant criticism from outside about the team selection and shared that the team is sure and confident about the things they want to achieve. He also talked about how people from the outside are always not aware of the things going on inside the team.
“We can’t win either way. We played the same eleven in the last SA series and people were questioning that. Whatever we do, people are going to say that. In the group, we are very confident and sure about what we have been doing. You know sometimes it doesn’t seem apparent from the outside but there are a lot of things people from outside can’t know. In the group, the communication has been very good. In the team, the communication has been very good. There can be a bit of noise outside but in the group, people have been given a lot of clarity as to why certain things are happening,” the head coach said.
He also expressed his happiness about the innings played by KL Rahul and Suryakumar Yadav in the last match against South Africa and wished the players to continue in the same fashion.
“They played very well so you know we want them to keep going and continue. We want all our players to keep batting well,” he expressed. (ANI)