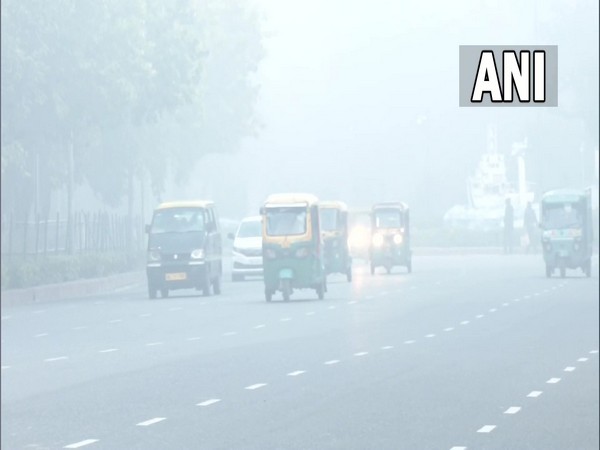 New Delhi [India], December 25 (ANI) The MeT department’s predictions for Christmas and the holidays ahead, point to the possibility of dense fog in Chandigarh, Punjab, and Haryana over the next four days.
The India Meteorological Department (IMD) on Sunday said cold wave conditions were observed in isolated pockets of Punjab, Haryana, Delhi, and northwest Rajasthan.
Dense fog is also expected to bring down visibility in Delhi, and Himachal Pradesh. People in Uttar Pradesh and northwest Rajasthan will experience cold wave conditions along with these areas, the weather office said.
The MeT has issued a warning of severe cold conditions over the next few days in north Rajasthan, and till Monday in Punjab, Haryana, Delhi and Himachal Pradesh.
Delhi is likely to face biting cold conditions over the next 24 hours. Temperatures may dip further on December 25 and 26, the IMD said.
The IMD on its website issued the forecast for the next few days.
It said: “Dense to very dense fog in many places very likely to continue over Punjab and Haryana, Chandigarh in early morning hours of 25th December. Thereafter, dense fog in isolated pockets very likely to continue over these sub-divisions for subsequent 4 days.”

It also forecast: “Dense Fog in isolated pockets also very likely over Himachal Pradesh, Delhi, Bihar, West Bengal & Sikkim, Odisha, Assam and Tripura in early morning hours of 25th December; over Uttar Pradesh and north Rajasthan in the night and morning hours of 25th-26th December and decreases in intensity thereafter.
The IMD has predicted cold waves and cold day warning in several areas.
“Cold Wave to Severe Cold Wave Conditions very likely in isolated pockets over north Rajasthan during next 2 days and Cold Wave Conditions during subsequent 2 days. Cold Wave Conditions very likely in isolated pockets over Punjab and Haryana, Chandigath & Delhi during next 2 days,” it said in the release.
“Cold Day Conditions very likely in many places over Punjab and Haryana, Chandigarh & Delhi during next 24 hours. Cold Day Conditions also very likely in isolated pockets over north Rajasthan during next 24 hours,” the IMD said in the release on its website.
“Cold wave conditions will prevail over most places of Delhi during the next two days (following the criteria of cold wave condition; minimum temperature= or &lt; 4 degrees),” IMD said a day earlier.
“Delhi (Safdarjung) has reported the lowest minimum temperature from (December 1, 2022, to 24 December 2022): 5.3 degrees (on 23 Dec 2022). Today Delhi (Ridge) has reported a minimum temperature of 4.0 degrees,” the IMD stated on Saturday.
On Saturday, the Northern Railway informed that 14 Delhi-bound trains were running late, due to dense fog in the national capital region. On Friday too, dense fog engulfed North India bringing down visibility.