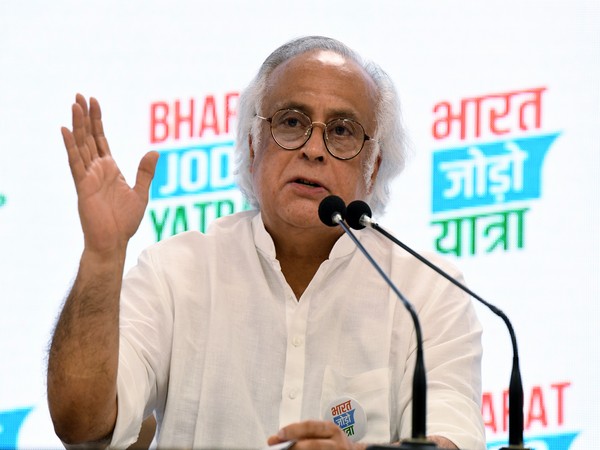 New Delhi [India], December 19 (ANI):Congress MP and the party’s general secretary (Communications), All India Congress Committee (AICC), Jairam Ramesh on Sunday posed five questions to Prime Minister Narendra Modi to which the country ‘demands’ and ‘deserves answers’.
In a tweet, Ramesh said, “Today is the 102nd day of Bharat Jodo Yatra. Pradhan Mantri ji, Cheen Par Chuppi Todo, Bharat Jodo (Mr. Prime Minister, break your silence on China and unite India).”
“After two years of a protracted ‘disengagement’, what emboldened the Chinese to try and take over the Indian post in the Yangtse area of Tawang? India has dominated Yangtse since PM Rajiv Gandhi deployed forces there in 1986 during the Sumdorong Chu confrontation. How have the Chinese dared to open a new front?” the Congress leader asked of PM Modi.
“There are reports that Chinese intrusions have become bigger and more frequent in the Eastern Sector. Previous governments had the confidence to take journalists and MPs to the front in 1965, 1971, and Kargil 1999. Even Doklam was discussed in the Parliamentary Standing Committee on Defence. What is the PM hiding from the people of India? Why is he running away from a discussion?” he further asked of the Prime Minister.
“After 16 rounds of military-level talks the Chinese remain ensconced 18 km deep in Depsang. Indian patrols are unable to access hundreds of square kilometers of territory in this critical strategic area. What does PM Modi propose to do about this?” the Congress leader further demanded to know from PM Modi.
Ramesh further asked, “Some time ago you expressed brotherhood and closeness for President Xi Jinping and described your relationship as “plus one”. You said that Xi “ne adhyayan karake rakha tha akhir Modi cheez kya hai.” Is China’s renewed aggressiveness the result of such a close study? Could it be, as you said in 2013, “The problem is not at the border, the problem is in Delhi?”
Claiming that the Indian forces were ill-equipped to respond to Chinese aggression, Ramesh said, “The Indian Air Force chief has stated on record that he is 12 squadrons short of the desired fighter strength of 42 squadrons. While the UPA ordered 6 Scorpene submarines, Project 75I for 6 more submarines faces repeated delays. Army recruitment under the Agnipath Scheme has sharply dropped. Why do critical gaps in our capabilities persist despite a rising China threat?” (ANI)

Mumbai: Woman jumps to death from 8th floor of building