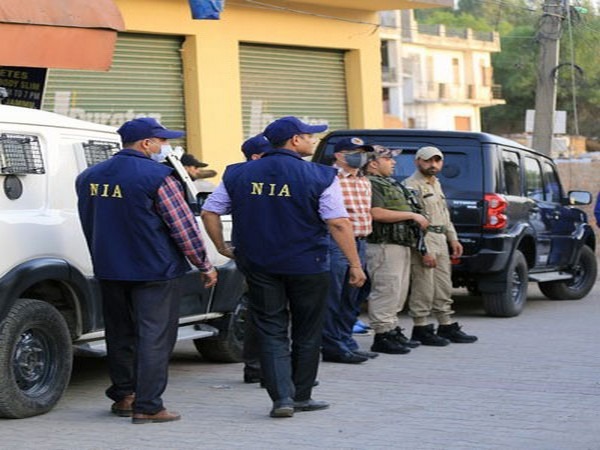 New Delhi, December 7 (ANI) National Investigation Agency (NIA) on Wednesday arrested three accused in the bomb blast case in an explosives-laden car in front of Kottai Eswaran Temple of Coimbatore district in Tamil Nadu on October 23 this year.
Those arrested have been identified as Mohammed Thoufeek, 25, Ferose Khan, 28, and Umar Faaruq, 39, NIA said in a statement.
Jamesha Mubeen, the suicide bomber, was killed in the car explosion.

The statement said that upon preliminary investigation, it has emerged that the deceased accused, Jamesha Mubeen, after taking ‘bayath’ to the ISIS, planned to carry out a suicidal attack and cause extensive damage to symbols and monuments of a particular religious faith and with the intention to strike terror among the people.
Investigations have revealed that accused persons Umar Faaruq and Ferose Khan were part of the conspiracy meetings attended by Jamesha Mubeen at Umar’s residence in Coonor, Nilgiris district, Tamil Nadu and also provided support to Jamesha Mubeen in the commission of terror acts.
Mohammed Thoufeek was in possession of incriminating literature and books connected to radical Islam and also had handwritten notes on preparation of explosives, said the agency.
The case was initially registered on October 23 at Ukkadam Police station in Coimbatore and re-registered by the NIA on October 27.