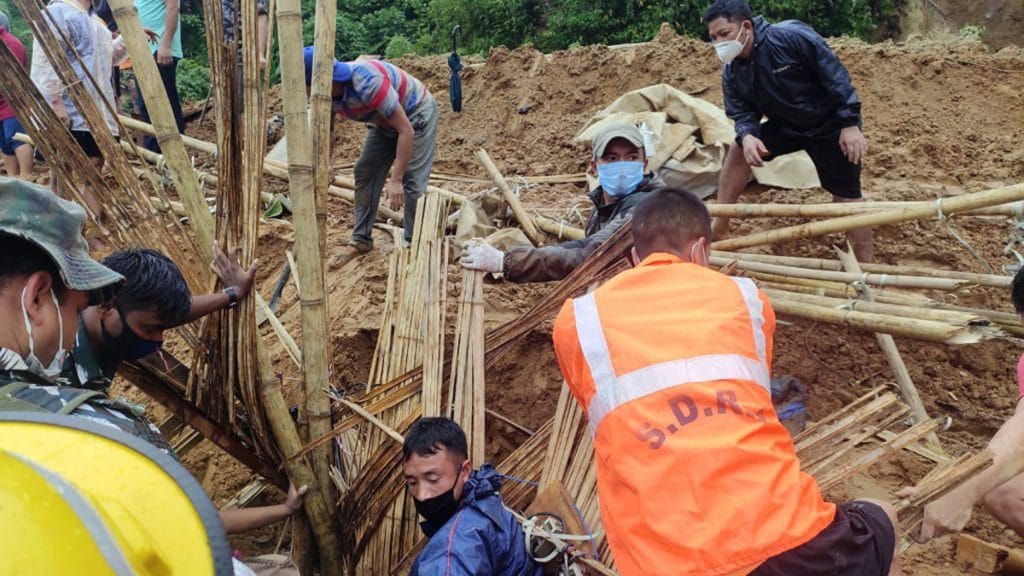 In yet another incident, four persons were buried alive in a landslide after continuous rain at Modirijo, between Itanagar and Naharlagun, in Arunachal Pradesh on July 10. Bodies have been recovered by police and SDRF teams.

This is the second incident of landslide in the state on July 10. Earlier, in the day four persons of a family, including an eight-month baby, died in a similar fashion at Tigdo village in Papumpare district.

“Shocked to learn of yet another incident of landslide today at Modirijo, between Itanagar & Naharlagun that claimed 4 lives. My deepest sympathies for the bereaved families. I appeal all to stay alert in view of incessant rain. Necessary relief to next of kin is being extended,” tweeted Chief Minister Pema Khandu.

The CM cautioned that as per Indian Meteorological department, there is likelihood of heavy rain in next few days across Arunachal Pradesh. He requested everyone to take all precautionary measures and refrain from staying at vulnerable locations.

“Incessant rain for the last couple of days that triggered landslides and floods have left trails of large scale devastation in the entire state. Reports have been pouring in about landslides in various locations from in and around the capital region. Road communication has been badly affected by nature’s fury and there is an increase in water flow in streams and rivers” Khandu said.

The CM directed the district administration and the disaster management department to keep a strict vigil and continuously monitor the situation to avoid large scale devastation and loss of lives.