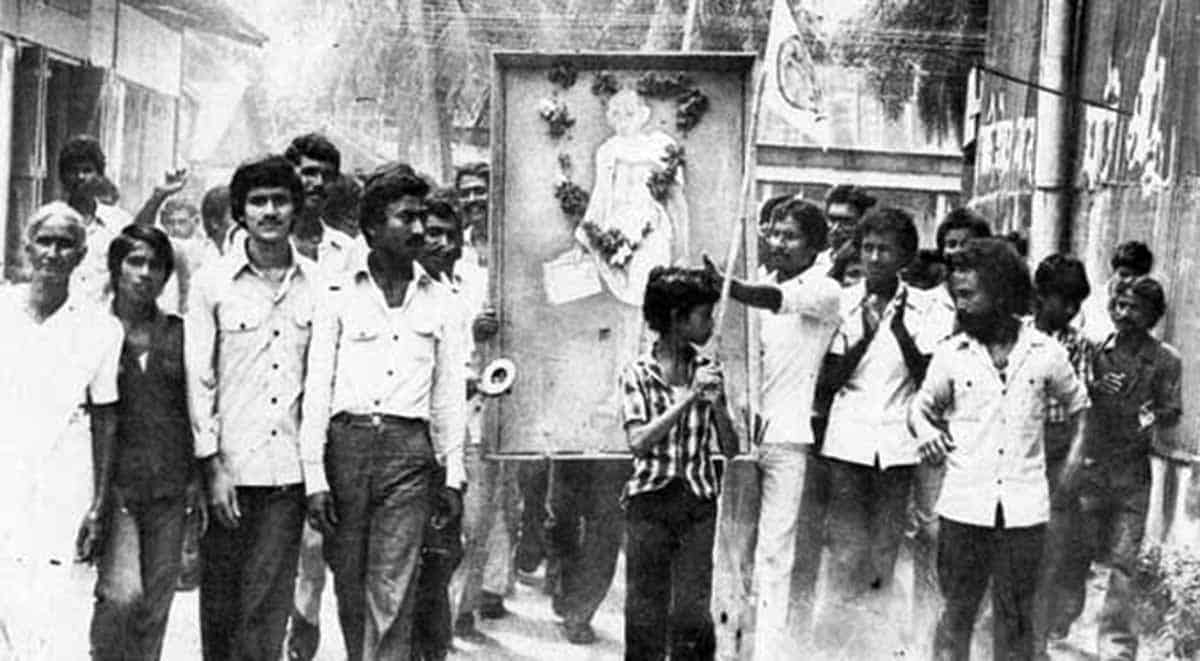 As the debate over the cut-off year for detection and deportation of illegal Bangladeshi nationals from Assam gains momentum, a Northeast India-based patriotic forum came out with an argument that 1951 should be the base year. However, the forum reaffirmed that it would abide by the guidelines of the Supreme Court as the matter is still in the apex court’s jurisdiction.

Assam, unlike other frontier Indian states to Bangladesh, continues to raise voices against millions of illegal migrants from the poverty-stricken neighbour. For decades, the political parties, civil society groups and also the media in Assam maintain the struggle to deport the Bangladeshis. Even though the government has no visible action plan to address the issue as it is complicated and sensitive in nature. Assam witnessed a six-year-long mass movement led All Assam Students Union (AASU) and Asom Gana Sangam Parishad (now abolished) to detect and deport all the Bangladeshi citizens who entered Assam (India) after 1951. But the irony is that leaders of the movement, including former Assam chief minister PK Mahanta agreed to sign a memorandum of understanding with the Union government pushing the cut-off date to March 25, 1971.

Thus, the movement that started in 1979 came to an end in 1985 paving way for the birth of a regional political party named Asom Gana Parishad (AGP). With support from the local people, the AGP even came to power in Dispur in the same year. But Mahanta and his company did precious little to constitutionally validate the historic Assam Accord, signed in presence of the then Prime Minister Rajiv Gandhi, and preferred to enjoy the new found political power.

Today both the AASU and AGP maintain their stand in favour of 1971 as the cut-off date for identification and deportation of illegal migrants to Bangladesh. They receive a supporting voice from Jamiat-Ulema-e-Hind’s Assam unit along with the All India United Democratic Front and Congress.

However, since the emergence of the accord, Asom Sanmilita Mahasanga continued raising voices for 1951 as the bottom year, which was later supported by Assam Public Works, All Assam Ahom Association, Indigenous Tribal People’s Front, Purbotar Hindustani Sanmelan, Prabrajan Virodhi Mancha etc.

Now, the Patriotic People’s Front Assam (PPFA) came out with a statement that the Assam movement was run with the aim of 1951 as the base year. The forum commented that the movement leaders surprisingly agreed to grant citizenship to those Bangladesh-origin nationals who entered Assam before March 25, 1971. “Need not to mention that few million Bangladeshi (then East Pakistani) people entered Assam during 1951 to 1971 and they were waiting for constitutional rights to stay in the country as the legal residents. If the accord is implemented thoroughly, all these foreigners would get Indian citizenship with no pain taken by them,” said the PPFA statement, endorsed by Rupam Barua, Jagadindra Raichoudhury, Pramod Kalita, Anup Sarma, Girindra Kumar Karjee, Suresh Ranjan Goduka etc.

They also added that for some specific reasons the accord was signed with the base year of 1971, but nobody should forget that all the 855 Assam movement martyrs starting with Khargeswar Talukder sacrificed their lives for 1951 as base year. So, respecting those martyrs, the cut-off year should be advanced without changing other clauses of the accord.

“But for any reason, if New Delhi changes the cut-off year (to detect and deport illegal foreigners) for the whole country from 1951 to 1961 or 1971, the PPFA would agree with the new date. Otherwise, a province (state) cannot have a separate cut-off year from the national base year,” pointed out the statement.

The statement supported by Ujjal Saikia, Tarali Chakrabarty, Gitika Talukdar, Jahnabi Goswami, Ravindra Nath, Dayal Krishna Nath, Labanu Konwar, Bikash Kr Das, Dibson Baruah etc reiterated that it would obey the verdict of the Supreme Court in this regard. The PPFA concluded that the base year controversy should be resolved forever so that various anti-national elements cannot take the advantage any more to hurt the nationalist cause of India.

Nava Thakuria is a Guwahati-based senior journalist. He has been covering socio-political developments of Northeast India, along with its neighbours – Nepal, Bhutan, Tibet, Myanmar and Bangladesh – for various media outlets, for more than two decades. He can be reached through: