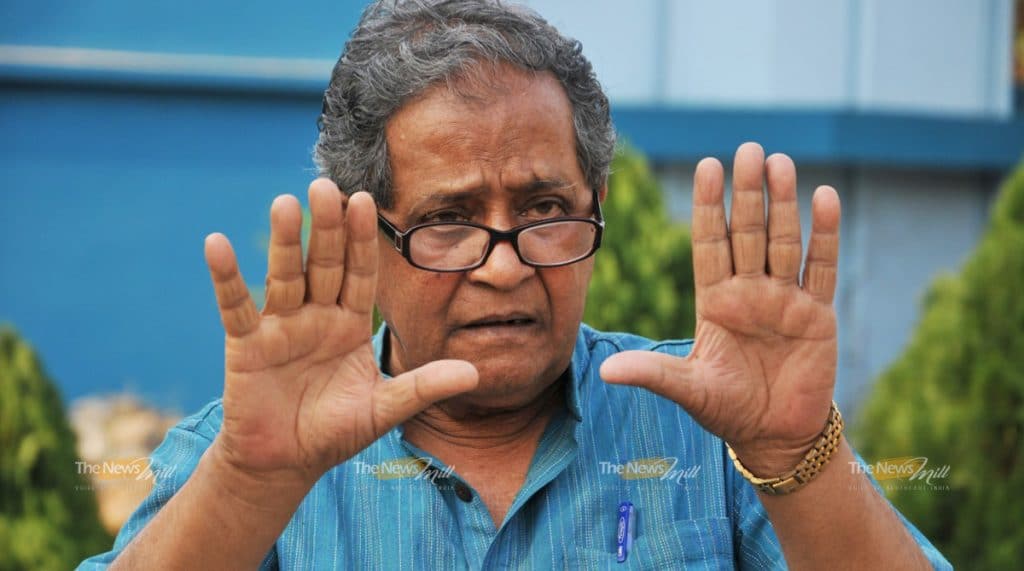 Veteran Bengali actor Arun Guhathakurta passed away at a Kolkata hospital on July 7 at the age of 80.

Guhathakurta was born and brought up at Mangaldai in Assam. He started acting with some of the big names of Assam’s film industry before he moved to Kolkata in 1960s and started acting in Bengali films.

“I am deeply hurt at the news of his (Guhathaurta) demise. We are contemporaries. We grew up together and studied together at Mangaldai. He was an all-rounder and highly talented individual. Starting from acting to playing sports, he was active everywhere. He was instrumental in my films,” Samarendra Narayan Dev, a well known filmmaker from Assam, with whom Guhathakurta worked, told The News Mill.

Guhathakurta helped Narayan Dev in his films like ‘Aranya’ and ‘Putula Ghar’. “We used to work with a constraint budget and he was always there to help me out. During the post-production of Aranya, Arun was there to create artificial sounds of animals and other necessary stuff. After he moved to Kolkata, he started working with several big names and was respected by all. We were in touch. It is a huge personal loss for me,” Narayan Dev added.

Guhathakurta worked with Bhabendra Nath Saikia, one of the most respected filmmakers of the state and a few others, in several projects.

In Bengal, Guhathakurta assisted several renowned directors and also acted. He was widely appreciated for his performances in Bangla films like ‘Cinemawala’ (2016), ‘Bishorjon’ (2017), and ‘Laptop’ (2012) among several others.

“Today we lost one of the finest actors we had in Arun Guhathakurta to COVID-19. Will remember him for his brilliant turns in Cinemawallah, Bishorjon and Chotoder Chobi. Will be dedicating possibly his last work, Chinnomostar Obhishaap in the Feluda Pherot series, to his memory,” tweeted director Srijit Mukherji.

“I have some fond memories with Arun da. He took me to several places in Kolkata and also helped me meet several well known personalities of Bengali film industry,” National Award winning film critic Utpal Datta, who was closely associated with Guhathakurta, told The News Mill.

After fire at capital complex, Sonowal directs for setting up 24×7 control room