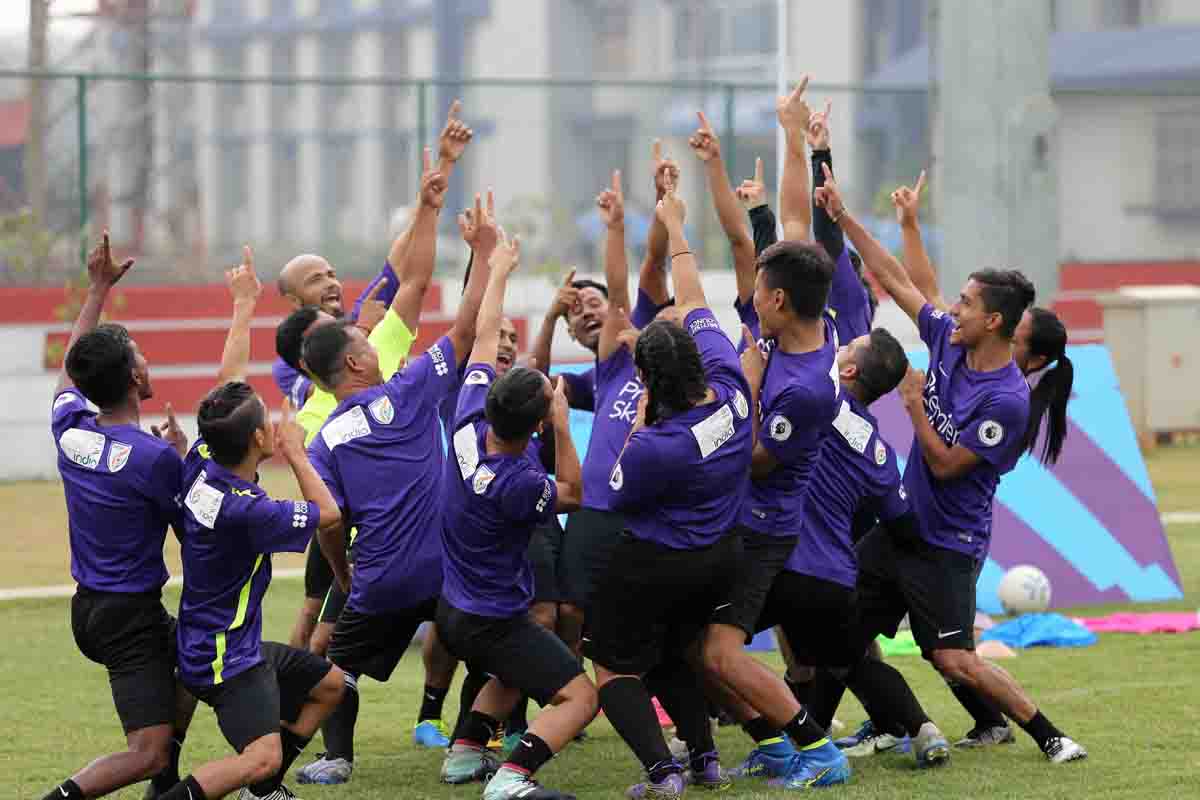 Jeremy Weeks, head coach of Premier Skills – an initiative of Premier League and British Council – who attended a coach education course in Guwahati said that at the present India needs good number of quality coaches.

The Premier Skills Phase 1 coach education course which was launched earlier this week at LNIPE, Tepesia in Guwahati concluded with a football festival on Sunday, where 62 participant coaches demonstrated the skills they acquired with nearly 100 students.

“After the growth of the Indian Super League and World Cup (FIF U17), a lot more children are watching football passionately. Therefore, they need coaches and that’s the key for Indian football. And to have more coaches we need more coach educators. And that’s why Premier League, British Council, Sports Authority of India and the All India Football Federation are coming together,” said Weeks who termed the NE region as hotbed of Indian football.

Premier Skills uses football to develop a brighter future for young people around the world, drawing upon the global appeal of the Premier League and its expertise in delivering community programmes in the UK, alongside the British Council’s global network. Through Premier Skills, young people, often including the most vulnerable in society, are given opportunities to become better integrated into their local communities, to develop their skills for employability and to raise their self-esteem.

“It’s fantastic to see so many young people being passionate for football and I think it’s grown over the six years that I have been coming to India. With an increase in the number of young people playing this game in India, there is a need for more coaches. My sincere congratulations to all the coaches who have been part of the course, including the 12 women,” Weeks added.

Altogether, 62 participants, including grassroots coaches and physical education students from the eight states of northeast were part of the sessions. These participants received expert training from qualified Premier Skills coaches, giving them the skills and support to develop their own community football projects.

Weeks was supported by UK Club coaches – Isaac Hammond from the Tottenham Hotspur Foundation and Niamh Nolan from City in the Community, the foundation arm of Manchester City Football Club.

“The British Council has a strong focus on the Northeast through all of our work here, in education, culture, which includes sport, and English language teaching. We would like to thank all our partners for their support – Premier League, SAI, AIFF, DoNER and of course LNIPE. This is an important year for the British Council in India, we are celebrating 70 years of being here. The Northeast has inspired us and continues to do so,” said Debanjan Chakrabarti, Director British Council East and Northeast India.