Curating a film festival is not an easy task… To select a limited bunch of films from hundreds is something which not many can do. It needs extreme patience and, of course, a deep understanding of cinema. One of the best known programme curators in India, Srinivasan Santhanam, who has curated the GIFF in all its editions, shares his experience…

What it takes to be a curator and a programmer?

Srinivasan Santhanam: People should understand what makes a person to be a curator. Firstly, one should have passion for cinema, especially for good cinema. A person who is having an aptitude and attitude for watching a good film can become a curator. Basically, one should have aptitude to watch good meaningful films which makes a good curator.

What do you take into consideration while curating a film festival? Can you tell us about your curation process?

What is the difference in the 3rd edition of GIFF and earlier editions?

This edition films selection is better than last two editions. In world cinema film-making crops or content vary year to year. The content of films may come down suddenly in a year. In 2017, film crops were not good as compared to 2018. In 2019, the quality of content is balanced. Film selection is dependent on the production of films. Individual filmmakers are facing economic crisis…who will fund them and how to get the money back? If a film is selected in a top film festival, it sells immediately but others find it very difficult to get their money back. Though the budget has reduced this year, crowd is good, master class and interaction session is going well as well.

What are the main positives of GIFF?

The main positive is that it is growing every year. It has a better response this year than earlier editions. Good audience cannot be created in a day. Film culture should be developed for that. To develop a film culture, film screening should be done regularly – two to three times in a month in the weekends. The taste of the audience will change automatically. 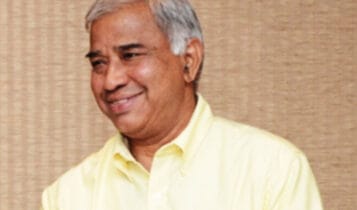 What do you think about Assamese films and what is your suggestion to the young filmmakers from Assam?

Assamese films show the culture of Assam, the culture of the land which is missing in the other regional and Bollywood movies. It depicts cultural background as the character and reflected the living of locals. By watching Assamese films one can imagine the variable notions and true representative of Assam and its elements.

Assamese filmmakers should watch world cinema regularly. The world is changing fast and we should know what is happening outside. We should not make films like which had been made 20-30 years ago. Style of representation should be changed without changing the cultural representation.

What is your suggestion to the youngsters and cine enthusiasts?