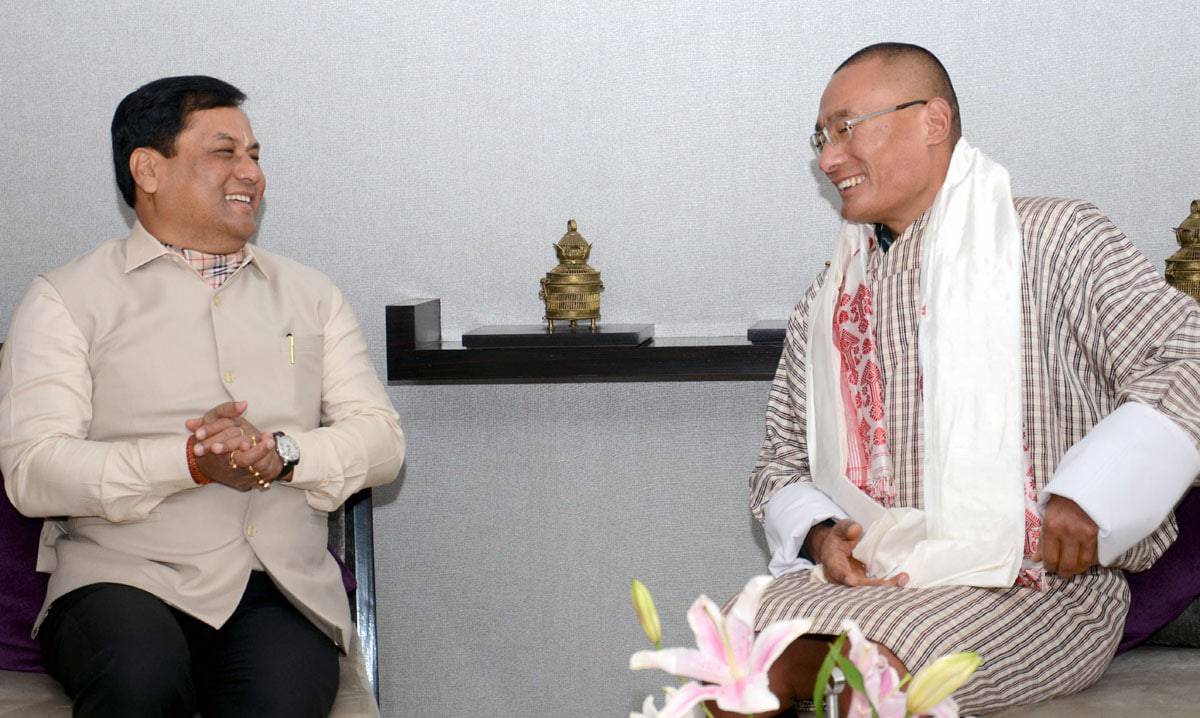 Referring to Assam’s long standing ties with Bhutan, Sonowal vowed to nurture the bilateral relations with Bhutan with regards to business and cultural ties. Sonowal, while thanking Prime Minister Narendra Modi for expanding B2B (Bharat to Bhutan) relations, said that both Assam and Bhutan must be prepared to use the full benefits of India’s Act East Policy.

He also said that the first ever Global Investors’ Summit to be inaugurated on February 3 by Prime Minister Modi will usher in resurgence in Assam and ASEAN relations.

Sonowal said that Bhutan is inherently resourced with abundant natural resources. If these resources can be harnessed judiciously Assam will also be benefitted along with Bhutan. Welcome the delegation that has come along with Bhutanese prime minister to attend Global Investors’ Summit in Guwahati, Sonowal said that the inauguration of Consulate General’s Office in Guwahati will start a new beginning of trade, cultural and other relations between Assam and Bhutan.

Tobgay said that the Advantage Assam – Global Investors’ Summit will be a force multiplier of the bilateral relations of his country with Assam and other Northeast states. The event will also bolster trade relations leading to economic prosperity of Bhutan and India. He also said that considering golden jubilee of India-Bhutan relations, Bhutan will launch several programme in India, including Assam.

Prev Next
Leave A Reply
Cancel Reply
Stay With Us